A Banner Week for the Delaware River Watershed

March 5, 2021 by Jared Stonesifer, Director of Media Relations
Next Post 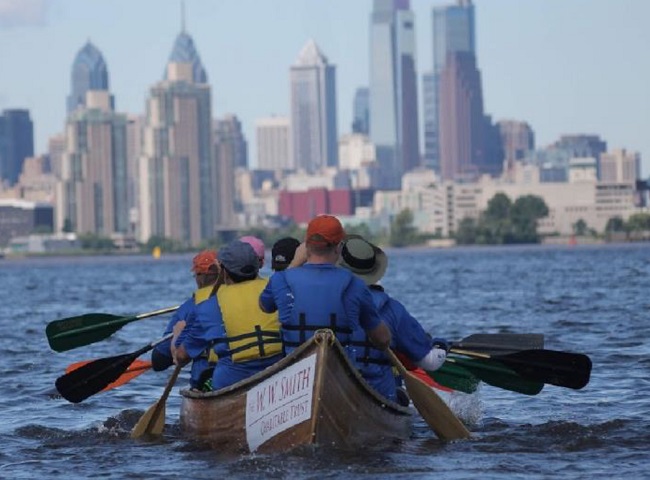 It was a banner week for Pennsylvania’s portion of the Delaware River Watershed, as three events unfolded here that could have enormous ramifications for clean water for decades to come.

The first big event occurred on Feb. 25 when the Delaware River Basin Commission permanently banned fracking within the basin, a truly momentous step for clean water in Pennsylvania.

The move came after a decade of considerations and studies by the commission, as well as lawsuits by the fracked gas industry and Pennsylvania politicians who sought to undo a fracking moratorium imposed by the DRBC in 2010.

Despite that, the commission—composed of the governors of Pennsylvania, New York, New Jersey and Delaware, with the federal representative abstaining—voted last week to permanently ban fracking in the basin.

In addition, the fracked gas industry in Pennsylvania has a long and infamous history of disrespecting our laws, communities, shared resources and environment, and it cannot be trusted to act in our best interests. This means that the health of local communities in the basin is also protected from the devastating impacts of fracking, impacts that go beyond water contamination.

In casting a vote on behalf of Gov. Tom Wolf, Pennsylvania Department of Environmental Protection Secretary Patrick McDonnell said the fracking ban will preserve our pristine water resources in the basin “for generations to come.”

To see what PennFuture had to say about this historic vote, please click here.

Another significant development for clean water in the basin came on March 3 when Philadelphia and several nearby municipalities announced litigation against the state concerning the so-called “ban on plastic bag bans.”

For context, in 2019 and again in 2020, the General Assembly in Harrisburg passed legislation that forbids any municipality in Pennsylvania from banning plastic bags. This absurd legislation takes away the ability for our municipalities to act in their own self interest, and prevents us from taking real and meaningful action to prevent the clogging of our waterways with plastics.

Specifically, Philadelphia’s lawsuit—which PennFuture steadfastly supports—seeks to have this legislation declared as unconstitutional so that municipalities across Pennsylvania can finally take measures to keep the proliferation of plastics out of our waters.

To see what PennFuture and others had to say about this lawsuit, please click here.

Finally, also on March 3, PennFuture banded together with partners to file a petition designed to spur the DRBC to further protect fish and aquatic life by upgrading the regulatory status of the Philadelphia-Camden-Wilmington reach of the Delaware River.

The initiative seeks to ensure that water quality standards governing the river provide full Clean Water Act protections and adequate dissolved oxygen for the survival of fish and other aquatic life.

Both independent studies and DRBC’s own reviews confirm that fish already use the identified river reach every year for spawning and nursery habitats, and that upgraded protections are clearly warranted. This action is needed to ensure that endangered Atlantic sturgeon, striped bass, American shad, and all other aquatic life dependent on clean water receive the proper level of protection from pollution now and into the future.

This petition is in addition to our Safe and Healthy Delaware River Petition which we filed with DRBC last year, which calls on the agency to recognize and legally protect the primary contact recreational use (e.g., swimming, jet skiing, paddleboarding, etc.) of the Philadelphia-Camden stretch of the Delaware.

To read what PennFuture had to say about our latest DRBC petition, please click here.

Last year, a national environmental advocacy group called American Rivers named the Delaware as its 2020 River of the Year because of its clean water resurgence. With the actions taken over the last week, we’re confident that the Delaware River Basin is still flowing in the right direction when it comes to clean water protections.