Setting the Record Straight About Fracking in Pennsylvania 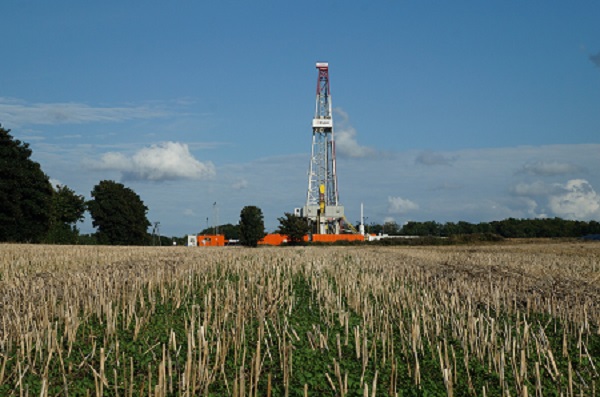 The issue of fracking in Pennsylvania has taken center stage this election season, with dozens of television news segments, newspaper articles and political commercials dedicated to the topic. With so much media saturation given to it, it should come as no surprise that some basic facts about fracking have been misrepresented, misconstrued or, in some cases, completely fabricated.

For starters, while fracking has become politically toxic on the state and national level, a majority of Pennsylvania voters actually oppose it. This, as we will see, is no surprise given the mixed economic impact and severe consequences for social impacts, public health, environmental quality, and climate stability.

Nonetheless, fracking has been marketed to legislators and their constituents as an opportunity to turn around the fracked gas bust and create widespread economic opportunities. Part of the marketing ploy involves a consistent misrepresentation of the facts. The number of fracking jobs has been wildly inflated, with industry jockeys citing numbers up to 35 times those provided by the U.S. Bureau of Labor Statistics.

So let’s get the records straight: The industry employs about 24,000 people and contributes about $583 million to Pennsylvania’s economy annually. To put this number into perspective, there are 10 times as many Pennsylvania jobs in outdoor tourism and recreation with $29.1 billion in economic benefits, 11 times as many in agriculture with $135.7 billion in economic benefits, and 3 times as many in energy efficiency. To make matters worse, shale gas jobs are often non-union jobs with modest pay and no health benefits, despite the many occupational hazards that threaten the health and safety of these workers.

What’s more, many of the “local” jobs made available by the fracking industry go either unfilled or are outsourced, with the industry citing “a persistent misalignment of skills with needs” and local youth expressing disinterest in joining the migrant workforce. Perhaps to overcome this local shortage, but more importantly to cut costs at a time when prospects for the industry appear dim in light of climate change mitigation efforts, big oil companies are restructuring for a leaner workforce. Just last month, Shell announced that it will lay off 10 percent of its employees over the next two years.

With so few direct employment opportunities for Pennsylvania residents, most of the employment gains from shale gas development are attributed to “indirect” or “salary-induced” jobs. And herein we find the widely inflated job numbers, cited most recently by Energy Secretary Dan Brouillette, that include everything from downstream plastics manufacturers to convenience and gas station workers, as well as other similarly far-fetched “salary-induced” jobs, many of which existed before the shale gas boom.

In essence, the industry creates a negligible percentage of Pennsylvania jobs, many of which are outsourced, while taking credit for a broad swath of jobs in other industries. What, then, is its actual impact on local communities?

The impact, it appears, is a mixed bag. The benefits are, on the whole, non-local, uneven, and short-term. Employment opportunities are limited, meaning that most of the increase in local taxable income has been driven by increased rents and royalties from those that lease their land to drillers. This means that most benefits accrue to the privileged few who own land, plenty of whom are non-local themselves. And wherever the income comes from, whether from employment or leased land, and wherever it goes, all of it is temporary. After drilling, 98 percent of shale gas development jobs dry up, and rents and royalties dry up soon after.

And these benefits do not come without harm. Empirical analyses have found that Pennsylvania’s shale gas development has led to in the following:

Other studies have found that dependence on natural resources such as shale gas leads to deepening educational disparities, less resilient and diverse economies, increased corruption, and anemic economic growth. Meanwhile, Pennsylvania residents living nearest to drilling have reported frequent nose bleeds; chronic stress; the inability to sleep due to bright lights, noise, and vibrations through the night; intense stomach pains; and feelings of isolation and lack of control as property values drop and prevent homeowners from relocating. To make matters worse, those reaping the benefits of fracking (distant corporate offices, transient workers, and landowners) are not the same as those most impacted by its harms (low-income renters and fenceline residents).

Nonetheless, legislators have largely bought into the industry’s economic development narrative, so much so that they were willing to subsidize its use with $2 billion in tax credits over the next 25 years. And while taxpayer dollars are pouring into the industry, financial institutions are pulling out because they recognize the many early signs of the fracking fallout: depressed prices, peak gas demand, mounting debt, record bankruptcies, and industry-wide layoffs.

As aptly summarized in a report by Pennsylvania nonprofit UrbanKind, “The benefits of fracking have not translated into widespread, long-term economic improvement.” The very nature of fracking operations has ensured that this will continue to be true, and the long-term outlook of the industry only provides further evidence that our deepening reliance is more a liability than an asset.

Despite an abundance of evidence that the shale gas industry has failed our residents, Pennsylvania legislators lack the imagination to envision an economic future based on anything other than fossil fuels. In doing so, they write our state out of the clean energy future which most certainly lies ahead.

The age of fossil fuel dominance is over, and it is now time to listen to Pennsylvania residents demanding the reigning in of the fracking industry. We must redirect our precious state resources to industries that hold long-term economic promise and, beyond that, do not directly undermine public health, environmental protection, and climate stability.

Green and Complete Streets Programs are Good for Communities and the Environment
October 29, 2020 by Lena Smith