An Admission and a Promise

October 1, 2020 by Jared Stonesifer, Director of Media Relations
Next Post 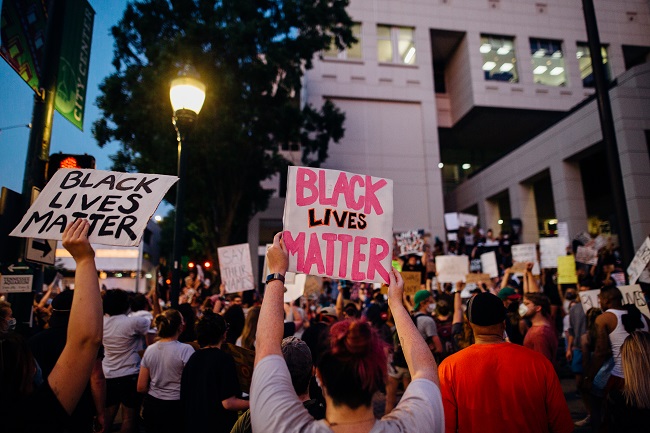 Angst and pain have been common themes for many of us in 2020, given the onset of a deadly pandemic interwoven with social unrest and a democracy that appears to be failing on multiple fronts.

While this has been a difficult year for many of us, the fact remains that millions of people across the United States have been living with deep anxiety and frustration for far longer than just this calendar year.

For Black people, 2020 has been nothing more than the status quo, just another continuation of a long and systemic string of racial and environmental injustices perpetrated on entire segments of our population ad infinitum.

These are entire communities in our country that suffer on a daily basis, and have been subjugated for centuries. The racial unrest and tensions we’re seeing today are a direct result of being ignored, trampled upon and disregarded for entire lifetimes.

The United States is finally reckoning with the fact that black, indigenous, and other communities of color have been treated far different, and far worse, for far too long.

That reckoning is also happening at PennFuture, as we reflect internally on the role that we can play in ending racism. Since our inception in 1998, PennFuture has tried to advocate for every person who breathes air and drinks water in Pennsylvania, and that won’t change.

But, like many others, we’ve fallen short in our efforts to help build a truly equitable and just Pennsylvania.

The murder of George Floyd at the hands of Minneapolis police in May was the latest reminder that inaction and race-silent policies are no longer acceptable, but it’s not the only reminder. To that end, more than 1,000 people have been killed by police since 2013. Last year alone, 54 percent of those who died as a result of police violence were people of color.

So where do we go from here?

For starters, PennFuture created a new internal committee to explore these and other issues, and to outline the best path forward as we take this journey with a staff and board of directors of about 45 people.

Another step forward was to admit we needed help on this journey, so we are seeking expertise and guidance from outside experts and guides who will help shine a light on implicit biases and blind spots to help us transform PennFuture’s culture, and ensure we understand the operational and other practices that will make us a more welcoming and open organization to a greater diversity of individuals.

Finally, we decided to craft a heartfelt and meaningful statement that is meant to show solidarity with the Black Lives Matter movement.

This statement has gone through dozens of edits and revisions, and has been vetted by the entirety of PennFuture’s staff and board. We stand behind this statement, and it won’t simply be pasted on PennFuture’s website and forgotten.

Rather, this statement is a jumping-off point to a much larger internal discussion within PennFuture, the start of a long process to permanently transform the organization. That will not be quick or easy. Nor should it be.

If you’re interested in reading our solidarity statement, please click here, or just continue reading. It is copied below for anyone who wishes to read it.

We plan on being forthright and honest as this process unfolds, and we appreciate your patience as we work through these delicate and imminently important issues.

These are lives cut short because of systemic racism in American society. The murder of George Floyd at the hands of Minneapolis police is yet another reminder of this seemingly intractable racism, his dying words – “I can’t breathe” – literal and figurative assertions of generation after generation of suffocating injustices.

In the wake of George Floyd’s death, we have seen black communities protesting state-sanctioned police violence only to be met with tear gas, rubber bullets, and a militarized police force. PennFuture stands in solidarity with the Black Lives Matter movement in the fight to end violence and all other manifestations of systemic racism. We do this in part because we recognize the connections between racism and the protection of clean air, water, and land.

In the face of overwhelming evidence of environmental racism, the traditional environmental movement, including PennFuture, has largely remained silent on racial justice issues. That is, until recently. At PennFuture, we have begun the long process of actively incorporating anti-racist practices. With expert guidance, our team will begin to shine a light on implicit biases and blind spots to transform PennFuture from the inside out.

We grieve for the lives lost, the communities trampled, and the voices silenced by racism in this country. We are committed to uncovering the root causes of this suffering and repairing the harms after decades of silence. In solidarity with Black Lives Matter, we embrace an inclusive and equitable environmentalism that affirms all Pennsylvanians’ rights to a healthy environment.

In peace and solidarity,

How a Clean Water Program is Addressing Equity in Philadelphia
October 5, 2020 by Lena Smith