The Problem with Pipelines

August 5, 2019 by Jared Stonesifer, Director of Media Relations
Next Post 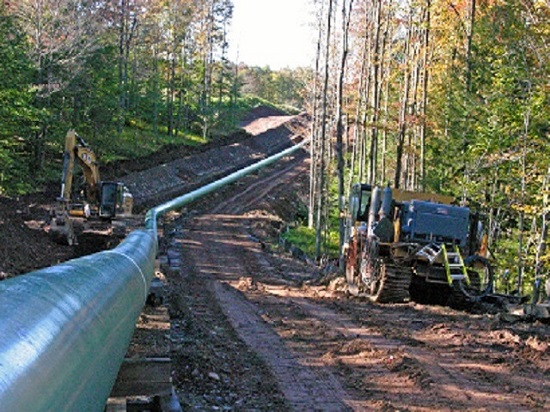 The burgeoning petrochemical movement is in its infancy in western Pennsylvania, but we’ve already experienced significant detriments to both the environment and private property because of fracking and pipeline accidents.

Take a look at the recent track record of Texas-based Energy Transfer Partners. Maybe you’ve never heard of the company, but you’ve almost certainly heard about its pipeline projects.

The Dakota Access Pipeline, which was so controversial that thousands of people staged a sit-in protest over environmental concerns. The Mariner East 2 pipeline — constructed by Sunoco, which is a subsidiary of Energy Transfer — which was beset by so many spills, sinkholes, and shutdowns that Attorney General Josh Shapiro opened a criminal investigation into the project. The Revolution Pipeline in western Pennsylvania, which exploded last September, destroying one house and damaging another while literally shaking an entire community.

Those are just the glaring examples of incompetence. There are others, like the Department of Environmental Protection (DEP) assessing a $355,000 penalty against Energy Transfer Partners for polluting streams and wetlands across nine Pennsylvania counties. Or another fine from the DEP — to the tune of $150,000 — after polluting a portion of Raccoon Creek in Beaver County last summer.

All told, Energy Transfer has been hit with nearly 100 violations — the most recent coming on July 26 — from the Mariner East project alone, and fines that surpass $13 million.

The list goes on. The situation became so untenable in Pennsylvania that the DEP suspended all permit reviews for all of Energy Transfer Partners’ ongoing projects. This, only after the company failed to abide by a DEP order to resolve issues at the Beaver County explosion site.

As if a criminal investigation from one state agency and permit suspensions from another weren’t enough, Gov. Tom Wolf entered the fray with a damning statement.

“There has been a failure by Energy Transfer and its subsidiaries to respect our laws and our communities,” Wolf said in a news release. “This is not how we strive to do business in Pennsylvania, and it will not be tolerated.”

It’s a step in the right direction that Gov. Wolf acknowledged the repeated failures of the pipeline industry in Pennsylvania, but is it enough? Evidence suggests otherwise.

Even after the debacles of the Mariner East and Revolution pipelines, the DEP in December approved construction of an ethane pipeline that will feed up to 107,000 barrels per day to Royal Dutch Shell’s cracker plant in Beaver County.

Based on past experiences, can you guess what’s already happened? During construction, Shell’s pipeline incurred four violations from the DEP between April and July alone. The most recent violation on July 22 involved the spilling of 500 gallons of drilling fluid, 30 gallons of which impacted Raccoon Creek, the same waterway previously impacted by Energy Transfer Partners.

If you don’t want this to be your future, action is required. The fracked gas, pipeline, and plastics manufacturing companies have millions of dollars to throw at public relations, and too often put profits over people.

As Energy Transfer Partners polluted and destroyed Pennsylvania, they experienced “record performance and continued growth” in the fourth quarter of 2018. The company hasn’t missed a beat and isn’t slowed down in the slightest. The pollution it created in Pennsylvania and fines it was assessed are simply a part of doing business. It’s a machine that will churn on as long as we let it.

Last month, Energy Transfer began running television advertisements across Pennsylvania, showing pristine farmland and rolling hillsides. The narrator of the commercial insists that America's oil and gas moves through 2.4 million miles of underground pipelines “safely.” Ask Beaver County residents — those who saw the fireball, those who were forced to evacuate, those who could never return home — how safe pipelines really are.

Don’t let this be our future.

PennFuture will continue to fight for a cleaner, healthier, more sustainable future. Become a PennFuture member today and help us win this battle.

Before You Leap, Learn About Your Water Quality
August 19, 2019 by Alice R. Baker, Senior Staff Attorney