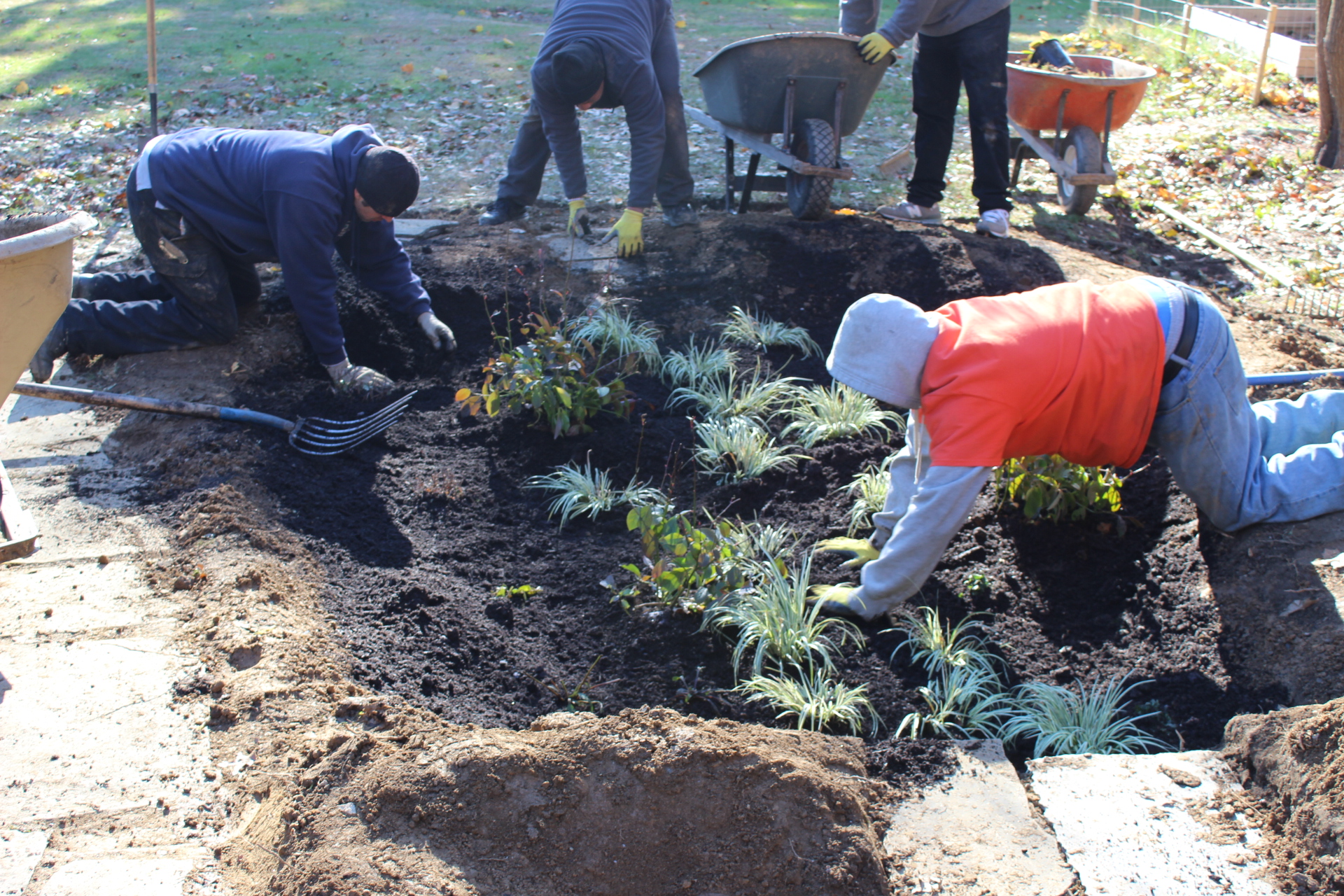 Philadelphia should develop the institutional infrastructure now to prepare for a Green Stimulus package, while at the same time calling on the federal government to pass a medium-term stimulus package that invests in communities, workforce development, and protecting natural resources.

Despite an increase in jobs over the past ten years, Philadelphia has offered too few upward mobility pathways for residents in search of family-sustaining jobs. Of all jobs created since 2009, only 26 percent are in sectors paying more than $35,000 per year.

To achieve clean energy, clean water and community resiliency goals, a Green Stimulus promises to unleash millions in infrastructure investments that would produce thousands of dignified, high-wage jobs and stimulate the economy. These include construction and maintenance opportunities that reduce water pollution across the region.

The city’s elected leaders are already advancing some of the climate change and economic policies described in the Green Stimulus letter. Among newly inaugurated City Council members, 11 of 17 members support creating a local Green New Deal, per a survey PennFuture conducted with other groups.

Green City, Clean Waters funds public and private projects across the city that filter stormwater through rocks, soil and plants, limiting the release of pollution into regional waterways caused by sewer system overflows. Beyond cleaner water, these green stormwater infrastructure projects create jobs, improve our local economy and prepare our communities for the impacts of climate change.

To maximize the workforce-redevelopment potential of Green City, Clean Waters, Philly leadership needs to renew the city’s dedication to the program. By addressing current barriers to green stormwater infrastructure, including obstacles within city-led programs such as Rebuild, we can address our water pollution challenges while producing hundreds of new jobs.

From Factory Jobs to Stormwater Careers

That said, as of 2018, the city still offered 23,000 fewer jobs compared to 1990. This is despite a 69,000-person increase in “prime working age” residents over the same period. And the new jobs were mostly for entry-level work— most have been in sectors that pay on average $35,000 or less.

The rise in predominantly low-wage jobs contrasts with the opportunities available designing, installing or maintaining green stormwater infrastructure. A 2016 study estimates Green City, Clean Waters then supported 430 local jobs and $27 million in annual labor income. Over its 20-year period, the program has been forecasted to produce 1,000 jobs per year.

Such work is generally accessible, well-paying and protected, with many employees offered meaningful advancement opportunities.

Green stormwater infrastructure operations and maintenance jobs typically require a high school diploma or less. Workers earning entry-level wages are, in all likelihood, collecting near minimum wage. But once workers are trained and experienced, they often receive higher wages as they transition from entry-level jobs to roles that require more training and certification. National data suggests work experience, a high school diploma and additional job-related course work can offer wages upward of $20 per hour.

As Philadelphia City Council’s environmental leaders discuss what a Green Stimulus means for the city, their legislative agendas must start by addressing current barriers to implementing Green City Clean Waters, including within other city programs such as the Rebuild Community Infrastructure Initiative.

Through Rebuild, Philly continues to break ground on much-needed renovation of parks, recreation centers and libraries. At PennFuture, we have advocated that Philadelphia leaders combine the goals of Green City, Clean Waters and Rebuild. In doing so, Philadelphia can align two major infrastructure investments and multiply the workforce development impact of these important programs.

In 2020, Rebuild is set to break ground at six refurbished playgrounds. Green stormwater infrastructure does not currently appear to be included in any of these projects.

A study of Fiscal Year 2018 contracts found minority-owned firms were included on $1.45 billion of city-issued and quasi-public contracts. About 30 percent of this spending went directly to minority-owned firms, a slight decrease from FY17 and short of the city’s 35 percent goal.

Our Message to City Council

From school playgrounds and recreation center ballfields to streets and sidewalks, we need city leadership to join together and share responsibility for these stormwater initiatives. That includes funding a Clean Water Act Task Force coordinator position within the Managing Director’s Office to develop a strategic plan that addresses interagency coordination.

Finally, to invest in jobs and infrastructure to address climate change, city leaders should call on PWD to plan for sustainable funding for GSI maintenance to ensure long-term success of green stormwater infrastructure.

If we take the Green New Deal seriously, green stormwater infrastructure is an opportunity for City Council to rise to the challenge and to transform Philadelphia’s economy while creating jobs, protecting clean water and building climate resilience.

DEP is Asking Us to Pick Up the Bill for Waste Coal...Again
March 23, 2020 by Rob Altenburg, Senior Director for Energy and Climate

Five Environmental Consequences of the Covid-19 Pandemic for Pennsylvania
April 8, 2020 by Matthew Stepp, Vice President and Chief of Staff, PennFuture