DEP is Asking Us to Pick Up the Bill for Waste Coal...Again

March 23, 2020 by Rob Altenburg, Senior Director for Energy and Climate
Next Post 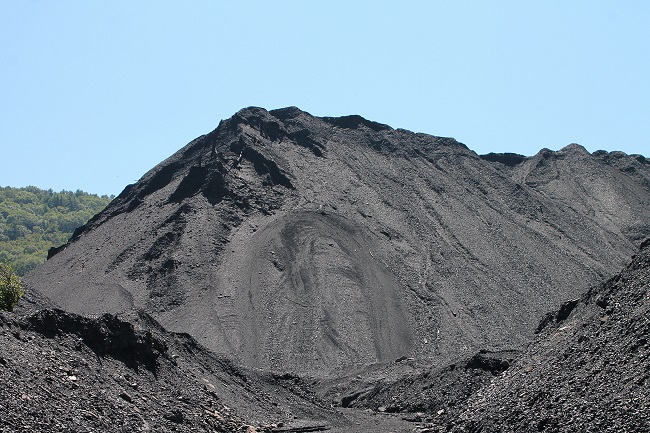 Pennsylvania’s Department of Environmental Protection (DEP) is developing a CO2 trading program compatible with the Regional Greenhouse Gas Initiative (RGGI). The first draft of the program would establish a state-wide cap on carbon emissions and require generators of electricity with a rated capacity of at least 25 megawatts (MW) to obtain allowances for each ton of CO2 they emit. Under the RGGI program, most of these allowances will be obtained through an auction, but it also allows a certain number of credits to be set aside for special purposes. This provides for policy flexibility, but also opens the door to bad decisions that will limit carbon reductions.

The Proposed Waste Coal Set Aside

DEP is proposing one set aside—reserving 7.9 million tons worth of allowances to be given away for free to electric generators that burn low-quality coal that mining companies dumped in huge piles all over the state’s mining regions and left communities to deal with its hazards.

Pennsylvania has hundreds of millions of tons of waste coal piles and some have been leaching pollution into our streams and rivers for over a hundred years—in the worst cases, these piles can catch on fire and pollute the air as well. The companies that caused this pollution have often long-since gone out of business so, if the waste is going to be cleaned up, the state will either need to appropriate the funds to pay for it or find some other solution.

Digging up this coal and transferring it to appropriately-sited and designed disposal facilities is an expensive proposition. In some cases, it’s possible to stabilize the piles in place by planting beach grass or other vegetation; that is much cheaper but it would still require the state to appropriate clean-up funds. Compared to paying for cleanup, it’s not surprising our leaders see burning this waste in power plants as an acceptable alternative.

While new technology makes it possible to use this fuel in power plants, it’s still a low-quality fuel. This means that waste coal plants tend to produce more air pollution than most other types of generation. In fact, Pennsylvania’s waste coal plants are up to thirty percent more carbon polluting than some conventional coal plants and more than twice as carbon polluting as natural gas plants. By choosing to burn this waste, we are trading pollution of our land and water for increased emissions of air toxins, greenhouse gases, and other pollutants.

Proponents of waste coal argue that the environmental and public health benefits of cleaning up the waste piles more than make up for the added air pollution. Whether or not that is true in any particular case is not only a difficult technical problem, it’s also a challenging ethical issue—for all the benefits on one end, someone else will be paying the price with adverse health impacts.  We all support clean water and pristine landscapes, but is it fair for the most vulnerable to be asked to pay the price?

By and large, our leaders don’t appear to have spent a lot of time worrying about the ethics or the technical details. Leaching waste coal piles are obvious sources of pollution everyone in the community can see, whereas air pollution is often invisible and the health impacts happen miles away and maybe years later, making it easier to ignore.

Proponents also argue that waste coal is a good financial deal for the Commonwealth. Unfortunately, that’s far from true and their need for consistent taxpayer subsidies, even though waste coal is a mature technology, is proof enough. The fact that this is low-quality fuel means the plants that burn it have difficulty competing with more efficient generation and are constantly on the lookout for subsidies that help them remain profitable. The federal government effectively built this industry through subsidies resulting from the Public Utility Regulatory Policies Act of 1978 (PURPA) which allowed these plants to sell power at above-market rates.  Since that time, more subsidies have followed.

Pennsylvania’s Alternative Energy Portfolio Standards (AEPS) program includes waste coal in its “Tier II” category under which facilities collectively received over $2.5 million in subsidies in 2018. Pennsylvania’s Coal Refuse Energy and Reclamation Tax Credit already provides $10 million in annual subsidies and a new subsidy bill (SB 618) would, if passed, increase that to $45 million.  In addition to direct subsidies like these, we also see repeated efforts at the state and federal level to roll back environmental protections to benefit these plants.

In addition to all these existing subsidies, 7.9 million tons of free allowances will amount to another gift worth about $40 million. The DEP will effectively be saying that most plants must pay something to offset the damage their carbon pollution is causing, but the rest of us will pick up the tab for waste coal. Worse yet, when dirty energy is subsidized, that makes it that much harder for cleaner and better alternatives to compete in the market.

Pennsylvania policymakers should also take a hard look at the costs vs. benefits from waste coal, including a thorough assessment of the public health and climate damage it is causing. If the state decides to accept the public health risks and continue subsidizing these plants, it must narrowly target those subsidies to prevent paying for more pollution.

At a minimum, that means the DEP should insert basic criteria into its CO2 credit trading rule that ensures the citizens of Pennsylvania will see a net benefit. For example, when Maryland gives plants allowances through their Limited Industrial Exemption Set-aside Account (LIESA), they require plants to submit a climate action plan demonstrating that they have employed reasonably available methods to reduce their CO2 emissions. Similarly, the DEP could require waste coal operators receiving additional subsidies to document that:

Planning for the Retirement of Waste Coal

The DEP’s should also address a significant issue with how it reduces set aside allowances as power generation reduces over time. When DEP sets the initial carbon cap, it will consider the amount of electricity generation we expect to consume and the carbon intensity of our available generation mix. Multiplied together, that will give us the amount of CO2 allowances needed to satisfy demand. If the cap is too high, the credits will be devalued and won’t drive emissions reductions. If the cap is too low, there is a risk that the cost-containment reserve will be triggered and more allowances will be added to the pool.

Because waste coal emits about 1.3 tons of CO2 per MWh of generation, the 7.9 million tons of allowances equates to about 5.9 million MWh of generation. Nobody is building new coal or nuclear plants in Pennsylvania, so when that waste coal retires, it’s likely to be replaced with some natural gas generation, some clean renewable generation, and efficiency improvements. Natural gas—the dirtiest of the likely alternatives—produces about half a ton of CO2 per MWh and the other options produce zero, so the worst-case scenario would be that the lost generation from waste coal can be replaced with just 3.0 million allowances. The other 2.9 million allowances are unneeded, but added to the pool anyway which will depress allowance prices and allow emissions growth.

Reaching net-zero carbon pollution by 2050 will continue to be a challenge and what to do with waste coal is part of that question. While we work to solve that problem, it’s vital we don’t make the situation worse. Governor Wolf’s plan to institute a carbon cap is an important step, but creating loopholes for polluters is a dangerous precedent.

While We Wait on the Future to Happen
March 20, 2020 by Jacquelyn Bonomo, PennFuture President and CEO