A Welcomed Shift in Philadelphia’s Approach to Infrastructure Financing 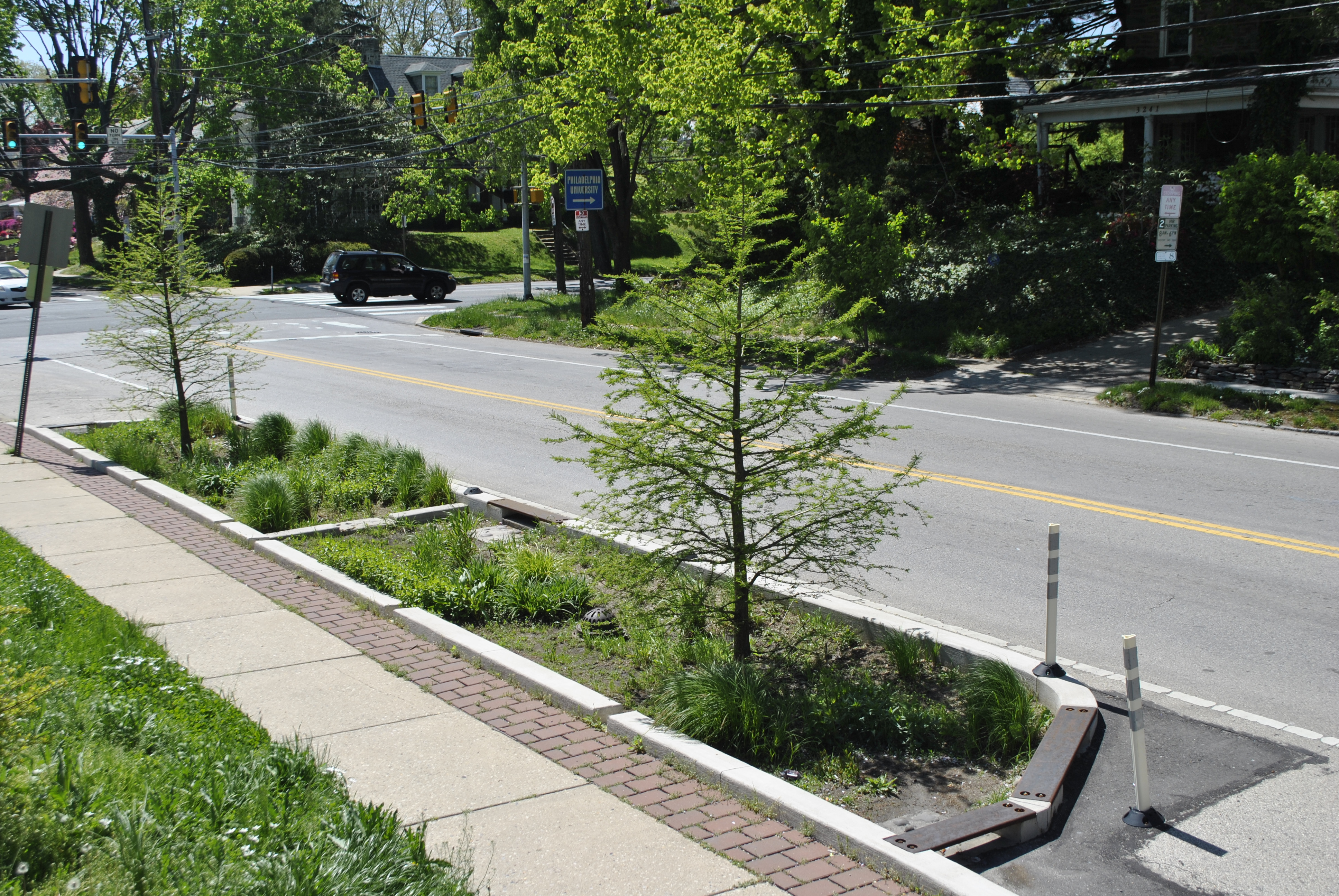 Last month Governor Wolf announced $178 million in investments for water infrastructure projects in 11 counties with funds from Pennsylvania’s Infrastructure Investment Fund (PENNVEST). Philadelphia received the largest award of any applicant: $106 million of the investments will contribute to the goals of the Green City, Clean Waters program - the city’s combined sewer overflow compliance program. The announcement represents a welcomed shift in the city’s approach to infrastructure financing, and one we’d like to see the water department utilize more in the future.

PENNVEST is a low-cost financing program that provides assistance to the communities and citizens of Pennsylvania by funding sewer, stormwater and drinking water projects. PENNVEST was established in 1988 through the Pennsylvania Infrastructure Investment Authority Act to administer and finance federal programs known as the Clean Water State Revolving Fund (CWSRF), the Drinking Water State Revolving Fund (DWSRF), and the American Recovery and Reinvestment Act of 2009 (ARRA). CWSRF and DWSRF were established as part of the Water Quality Act of 1987. PENNVEST also finances, through the issuance of special obligation revenue bonds, water management, solid waste disposal, sewage treatment and pollution control projects undertaken by or on behalf of private entities.

Recently, concerns have arisen from within the water department about the rising cost of Philadelphia’s Green City, Clean Waters program, which is financed by a stormwater charge on water rates and taxpayer dollars. PENNVEST provides municipalities with a low interest rate alternative to pursuing financing through the private market. This allows for municipalities to avoid having to make large increases to water rates or taxes to finance their water infrastructure investments.

In 2019 PennFuture, along with partners at Sustainable Business Network of Greater Philadelphia, Natural Resources Defense Council, Pennsylvania Horticultural Society, and Friends of the Wissahickon, released A Common Green Stormwater Infrastructure Agenda for Philadelphia. The Common Agenda offered a series of recommended policy solutions for Philadelphia’s Mayor and City Council to consider to ensure the long term success of Green City, Clean Waters.

One recommended solution is that the city “take full advantage of all available state and federal programs that provide grants and low-cost financing for municipal infrastructure improvement. This includes programs like PENNVEST’s Clean Water State Revolving Fund, which are specifically for water infrastructure, as well as programs focused on transportation, community development, or other projects that can be leveraged to include GSI improvements.” (The Common Agenda, Pg. 12).

PENNVEST funding is offered to a variety of programs, including green initiatives that promote and encourage environmental responsibility in communities that are creative and innovative with green solutions for water quality management. The Philadelphia Water Department was awarded PENNVEST funding for two projects. Both projects will contribute to cleaner streams and rivers in Philadelphia and maintain an affordable water rate for ratepayers.

A portion of the PENNVEST award will provide $6.7 million in green investments in the Lawncrest neighborhood of lower Northeast Philadelphia. These green infrastructure projects include tree trenches, bumpouts, and stormwater trees that will reduce the quantity of stormwater pollution entering the streams and rivers surrounding Philadelphia.

The neighborhood of Lawncrest is also considered an Environmental Justice (EJ) Area. The Pennsylvania Department of Environmental Protection defines an EJ Area as “any census tract where 20 percent or more individuals live at or below the federal poverty level and/or 30 percent or more of the population identifies as a non-white minority, based on data for the U.S. Census Bureau and the federal guidelines for poverty.” In addition to reducing stormwater pollution and greening the neighborhood, this green investment will contribute to cooling the neighborhood and reversing the Urban Heat Island effect.

Philadelphia also received a $100 million loan to construct a preliminary treatment facility. The facility will reroute wastewater from entering the combined sewer system and install new screening and grit removal systems. The project will have the capacity to treat 300 million gallons per day and will reduce the amount of combined sewer overflows entering the Delaware River. Both of these significant infrastructure investments will contribute to the Green City, Clean Waters’ goal to reduce the amount of polluted stormwater overflows discharging into the creeks, streams, and rivers in and around Philadelphia by 85 percent by 2036.

It’s refreshing to see the Philadelphia Water Department pursue innovative approaches towards financing and fixing very old issues with the city’s aging infrastructure. Green City, Clean Waters was an innovative and unique solution to combined sewer overflow pollution. The program put Philadelphia on the map as a national leader in green infrastructure. And now, as the program reaches its 10 year anniversary amidst a global pandemic, Philadelphia must once again demonstrate innovation and leadership in stormwater infrastructure.

PennFuture joins with the Philadelphia Coalition for Affordable Communities
January 26, 2021 by Lena Smith

A Breath of Fresh Air: Relationship-Building Under a New Administration
February 8, 2021 by Donna Kohut, Campaign Manager