PennFuture joins with the Philadelphia Coalition for Affordable Communities 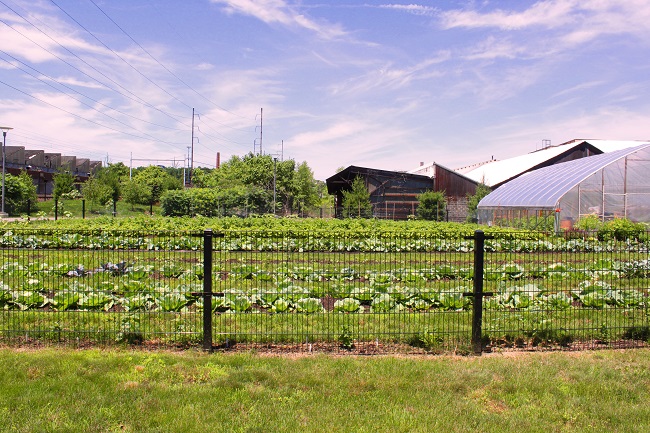 At the start of 2021, PennFuture became an official member of the Philadelphia Coalition for Affordable Communities. The coalition, led by the Women’s Community Revitalization Project, launched in 2005 through the “Development without Displacement” campaign to ensure that as the city’s neighborhoods recover and thrive, individuals and families from all income levels benefit.

Over the years, the coalition has been advocating for better policies, more funding and more land for affordable housing, as well as funding for childcare and resources to address community needs. These campaigns have resulted in notable victories including the creation of the Philadelphia Housing Trust Fund, The Land Bank, and funding for affordable housing. This year the coalition will be launching its Land Justice Campaign.

We are proud to join the coalition in striving for increased land justice and affordable housing. Our Philadelphia work is focused on elevating nature-based solutions to stormwater pollution by elevating the importance of green stormwater infrastructure and the preservation and increase of green space with elected officials and communities.

Philadelphia’s Green City, Clean Waters program has put the city on the map for being the first city in the country to implement green stormwater infrastructure (GSI) at a citywide scale to reduce stormwater pollution. To date, Philadelphia has constructed 1,000 greened acres (a good start in reaching their goal of 10,000 greened acres by 2036) that are reducing stormwater pollution and resulting in cleaner water in our local rivers and streams. But even before the city’s Green City, Clean Waters program, communities and residents were reducing stormwater pollution by preserving land for community gardens and open space.

When Green City, Clean Waters was first initiated, Philadelphia was still struggling to recover from decades of declining population and urban blight. The program was chosen, in part, because of the co-benefits associated with greening neighborhoods intended to address many of the intersecting crises. It was also the most cost-effective. Philadelphia was facing, and continues to struggle with today, gun violence, blight, the urban heat island effect, poverty, and job loss.

Green City, Clean Waters has had many successes over the years. To date, the program is producing $4 billion in total economic impact for Philadelphia, including an average of 1,160 jobs annually. In 2018 the program reduced crime by nearly nine percent and saved the city $50 million annually in avoided health-related costs attributed to access to open space.

Now, nearly ten years after the initial launch of Green City, Clean Waters, Philadelphia is a different kind of city. Philadelphia is becoming a more desirable place to live. Development has increased in many neighborhoods and property values are rising. But these improvements have also had some negative impacts on our communities. As affordable, accessible homes are becoming out of reach for most Philadelphians, community open spaces and gardens are quickly being lost to profit-driven development. Community gardens and farms have been places where people gather, sources of affordable nutrition, and naturally manage stormwater.

On Thursday, PennFuture will join the Philadelphia Coalition for Affordable Housing as it launches the Land Justice Campaign, which seeks to address the city’s housing and food affordability crises by transfering city owned vacant land to groups that will put the land back to use and ensure permanent affordability and community control.

The campaign intends to expand opportunities to create Community Land Trusts (CLTs) within the city. CLTs are nonprofit, community-based organizations that are committed to permanent stewardship of land and the permanent affordability of housing and other uses upon its lands. They are one way to achieve permanent accessible affordable and community control in neighborhoods facing displacement.

We are proud to stand among the members of the coalition in seeking community-led solutions to Philadelphia’s affordability and land justice challenges.

A Breath of Fresh Air
January 22, 2021 by Jared Stonesifer, Director of Media Relations

A Welcomed Shift in Philadelphia’s Approach to Infrastructure Financing
February 2, 2021 by Lena Smith