April 26, 2017 by Susanne Whitehead, Director of Donor Relations
Next Post 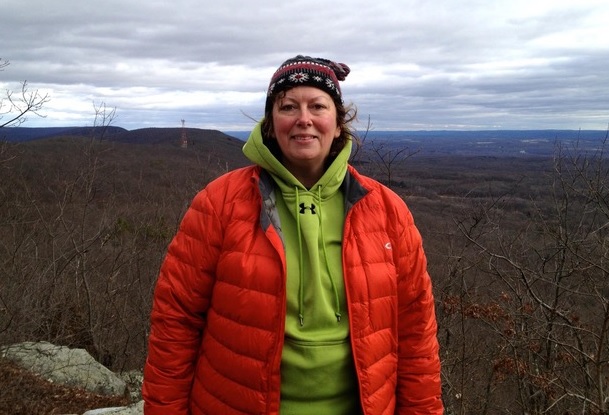 If every day was Earth Day, it would be easy to remind you to take a moment to do something eco-positive for your family, your community, or your state. In reality, we need more than one day per year to remember to protect our home -- our earth. One of PennFuture’s long-time and monthly donors, Ann Foster, an oncology nurse, is vocal in her desire to protect our state from climate change impacts and to get more people involved in learning what they can do to make this happen.

She recently sat down to discuss her early introduction to nature, why she supports PennFuture, and her concerns about Pennsylvania’s environmental future for the next generations.

Ann grew up along the banks of the Appalachian Trail in the Valley of Tocks Island in the Delaware River.  She recounted the controversial history of the Tocks Island Dam project, which gained traction after a 1955 flood that caused several deaths, and severely damaged the Delaware River basin; how thousands of acres of land were confiscated by the government through eminent domain along the banks of the Delaware, often using not so civil tactics.

Out of the anger and protests by families forced out of their farms and homes, an early environmental movement was born. Eco-activists Nancy Shukaitis, Ruth Jones and others, including a coalition from the Lenape Nation, went before Congress sharing their concerns.  Eventually, the dam project became so delayed, it was no longer feasible.

What happened in Ann’s backyard woke her up to a myriad of environmental issues.

She fondly remembers her father taking the whole family out to hike the Appalachian trail, early on a Sunday morning, recruiting everyone, whether they wanted to go out or not!  He especially loved camping and birdwatching, and introduced Ann to both at an early age. Since then, she has added fly-fishing to her list of favorite outdoor activities.

When asked about what changes she has noticed in her area over the years, she was quick to say, “We’ve come a long way since I was a child. Then, the shad could not run up the Delaware and now they can. It’s cleaner, so there have been some changes and huge progress.”

Now that her children are grown, she has more time to be active as an environmental advocate. “You have to work towards making improvements, especially for climate change,” Ann said.

Ann discovered PennFuture around 2009 when she found out we advocated on a state and national level, as well as zeroing in on local issues, including litigating to clean up the Brodhead Watershed in her area. Ann believes we all have to address the big environmental picture.  “What happens globally affects us locally. You can’t take for granted what we have here now if we don’t take action to protect it,” she said.

Why does she support PennFuture financially with monthly giving? “It’s important to donate because PennFuture is critical to address environmental issues.  We need the steady consistent support to survive. If folks would give up their ‘on the run’ coffee, beer or fast food money, and if many people did that, it all adds up and would help,” Ann said. “Whatever I can put towards making a difference that will help my children and grandchildren when I’m gone, is worth it.”

What does she love about PennFuture? “PennFuture does so many things I alone cannot do to make that important difference for the next generations.  Your leadership is incredible, especially with your timely and critical alliance with Conservation Voters of Pennsylvania.  Organizations have to work together.”

Thoughts on the future? “It’s nice to enjoy what we have, the Appalachian trail, the Poconos, fly-fishing, our parks and forests, but you have to put some time into keeping and maintaining it. Pick an organization - like PennFuture - and support them.”

Thank you, Ann, for your support and leadership.  We’re lucky to have you standing with us.

Who will finally take action on PAĺs worsening oil and gas air pollution problem?
May 4, 2017 by Rob Altenburg, Senior Director for Energy and Climate