On Monday, PennFuture members and staff were happy to stand alongside our partners in clean water at the Choose Clean Water Coalition for a lobby day and press conference in Harrisburg.

Throughout the day, we advocated and reached out to all members of the Pennsylvania General Assembly and the State Senate serving in the Chesapeake Bay watershed on a suite of legislation aimed at creating a long-term dedicated fund for clean water programs and projects, reducing nitrogen and phosphorus pollution in our streams and creeks, and the need for increased clean water funding in our state budget for the Department of Environmental Protection, the Department of Conservation and Natural Resources, and the Pennsylvania Department of Agriculture. 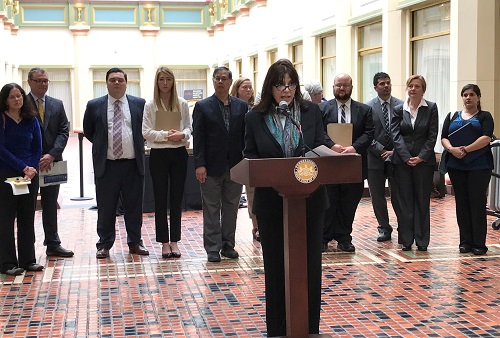 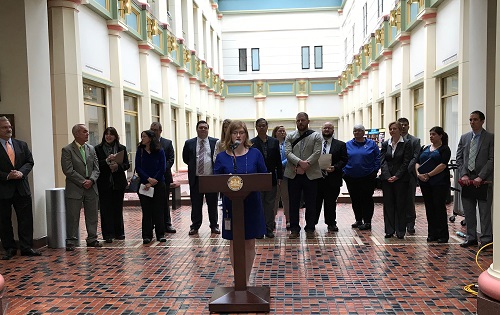 Marel King of the Chesapeake Bay Commission speaks in Harrisburg.