The Basics of Hydrogen

November 4, 2021 by Rob Altenburg, Senior Director for Energy and Climate
Next Post 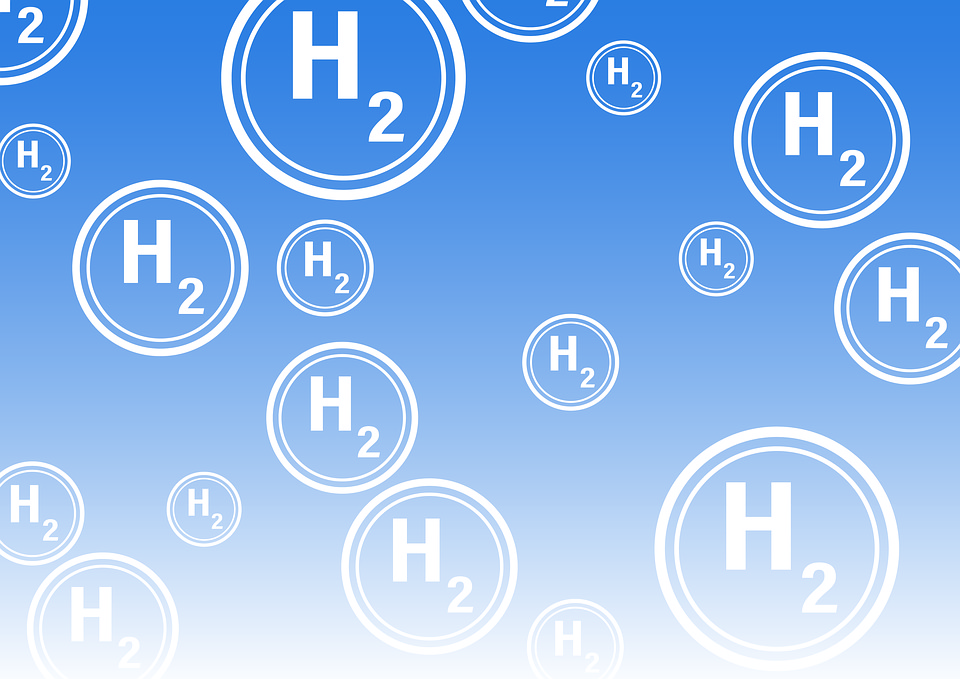 Back in the 1970s and 1980s, the comedian Don Novello performed in character as Father Guido Sarducci. One of his famous bits was the Five Minute University where, in just five minutes, he would teach you everything the average college student remembers five years after graduation. For his Spanish class you would only learn the phrases "¿Como está usted?" and “Muy bien” figuring that you’d probably forget the rest anyway. For economics, you would just learn “supply and demand.” Physics isn’t as funny as economics, but if that were included you’d probably just need to remember “conservation of energy.”

If that is the only thing anyone remembers from their science classes, it would be enough to understand why many of us are skeptical about hydrogen “solving” the climate crisis.

The challenge with hydrogen

Most of the hydrogen we use industrially today is made from methane (CH4)—the major component in fracked gas. Often called “gray hydrogen” this, not surprisingly, has significant environmental problems. Aside from all the energy used and pollution released in drilling and fracking for the methane, extracting the hydrogen creates carbon pollution as a waste product. Although people claim that carbon capture could reduce these emissions, that presents huge technical problems. Also, it should be clear that carbon capture is only going to make the resulting gas more expensive.

There is a cleaner alternative, known as “green hydrogen,” that is mostly produced by electrolysis—running electricity through water to split the H20 molecule into hydrogen and oxygen. Unlike gray hydrogen, if the electricity is obtained from a clean renewable source there are no dangerous emissions. The chemical formula for the process looks like this:

To get useful energy out of the resulting hydrogen fuel, we generally need to burn it. What we call “burning” is just something reacting quickly with oxygen and releasing a lot of heat. In the case of Hydrogen, that is a very energetic reaction and the chemical formula should look very familiar. It’s the opposite of electrolysis:

Conservation of energy tells us that the energy that comes out of that chemical reaction must come from somewhere. It did—it’s the energy we had to add to split water into hydrogen and oxygen in the first place. It shouldn’t be a surprise that we can't get more energy out of the reaction than we put in.  As the Nobel prize winning physicist Max Planck once wrote, “It is in no way possible, either by mechanical, thermal, chemical, or other devices, to obtain perpetual motion, i.e. it is impossible to construct an engine which will work in a cycle and produce continuous work, or kinetic energy, from nothing.”

We need action, not delay

This doesn’t mean green hydrogen is useless—we just need to think of it more like a battery than a fuel, and this has some implications for our policy planning. We also need to be skeptical about some of the messaging we hear about hydrogen—particularly the claim that we are just using fracked gas or dirty hydrogen now, but sometime in the future when technology improves we will move to cleaner green hydrogen.

It should be obvious that if we can use clean energy directly, it doesn't make sense to turn it into green hydrogen first, and that isn’t going to make sense in the future either. Planning to use fracked gas or dirty hydrogen on projects that we can electrify—even if we claim we are only doing it “for now”—just makes things worse.

It should also be obvious that doing essentially nothing while hoping a miracle technology will be developed that will fix the problem for us is irresponsible, unethical, and bad policy. Unfortunately, this is exactly the approach the fossil fuel industry is pushing to protect their profits for a few more years. It would be great if some new technology comes along to make decarbonization easier and cheaper, but after decades of inaction, we’ve already wasted more time waiting and hoping than we had to spare. We have the tools and the technology to make significant progress in the fight against climate change right now—we just need the will to act.

Potential uses for hydrogen by sector

If we are going to reduce carbon pollution, we need to pay attention to where those emissions are coming from in the first place. Then, we can think about the role a green hydrogen “battery” might play in reducing those emissions. The chart below shows emissions reported by the DEP in their 2021 Climate Action Plan broken down into sectors.

It shouldn’t surprise anyone that hydrogen projects have been proposed in all of these areas, but if we are going to prioritize resources and effort, we need to consider more than whether a particular use is technically possible. Ideally we want strategies that are economical compared to other zero-carbon alternatives and can scale sufficiently to make a significant difference.

The maxim that, if we can use clean energy directly, it doesn't make sense to turn it into hydrogen rules out a lot of uses in the electric generation sector. Hydrogen generation may come in handy getting electricity to locations where we can’t run powerlines, and it may become an effective way to store surplus clean generation for when we need it, but it’s not going to lessen the need for significantly more clean generation on our grid.

The residential sector isn’t likely to be a key hydrogen market either. While it’s technically possible to use hydrogen instead of gas for heating, cooking, and other applications, it’s simpler and cheaper to electrify. Because hydrogen is a very tiny and light molecule it leaks at any opportunity, it’s also incompatible with a lot of existing infrastructure. Large scale use of hydrogen would require we either retrofit or build out entirely new distribution networks both under our city streets and in many thousands of existing homes. That would be prohibitively expensive.

Transportation has more potential, although probably not for most light duty cars and trucks. Transportation always presents a chicken-and-egg problem where no one wants to buy a car without convenient refueling/recharging infrastructure and no one wants to invest in the infrastructure unless there are the cars around to use it. This is one of the reasons why natural gas vehicles, despite years of design and production, are rarely seen outside of centrally-fueled fleets.

Hydrogen vehicles, particularly fuel-cell electric vehicles (FCEVs), have some distinct advantages over battery electric vehicles (BEVs) in terms of weight, range, and recharging times, so it’s possible they could gain a foothold in the market. BEVs on the other hand are generally cheaper to operate, they can take advantage of a lot of existing infrastructure, and for many of us they are good enough in terms of range and other factors. Given their cost effectiveness and head start in the market, it seems likely BEVs will continue to oupace FCEVs, at least in the near term.

Outside of light duty vehicles, the case for hydrogen is stronger. Commercial applications that have centrally-fueled fleets and need rapid turn-around after refueling, such as transit vehicles and some trucking are promising areas for hydrogen. Also, while battery operated aircraft exist they are very limited in endurance and hydrogen might prove useful there too if the weight of storage tanks can be kept low enough. Similar applications may exist in the shipping and rail industries as well. To be sure, cutting all of these emissions are important, but cars and light trucks are the largest contributors to transportation emissions.

The commercial and industrial sectors also have significant potential. Most sources cite industries like cement making, steel manufacturing, and ammonia production as areas where hydrogen should be considered. There are likely many other applications as well but, while we shouldn’t discount where hydrogen can be used to decarbonize commercial applications, we don’t want to over-sell hydrogen as a solution either.

Like in transportation, generation, and other sectors hydrogen is most likely to be used in specific industrial applications that can’t be plugged into the grid or, for some other reason, can’t be readily electrified. While there could be thousands of different processes in the industrial sector that fit this bill, any one technology might only apply to a small handful of facilities. The big players like steel, cement, and ammonia may be on everyone’s radar, but to really decarbonize the industry we are going need to dig a lot deeper.

How we move forward

Step number one is to stop making the problem worse. This means not subsidizing fossil fuels and new petrochemical projects—even if the backers promise that someday the fracked gas will be replaced by hydrogen. Every ton of carbon pollution we add is a ton we’re going to need to remove later, and every piece of infrastructure we build is a potential stranded asset that tends to lock us into future fossil fuel use.

Step number two is to invest more in the technologies that are available today. This means building more wind and solar, adopting cost-effective energy efficiency measures, improving our grid and distribution network to support electrification, and replacing gas and diesel vehicles with EVs.

Step number three is where we invest some limited resources in basic research and development of new technology. This is not because we are counting on a panacea that will solve the crisis—although that would be welcome. Research will be needed to find solutions for the hundreds of small issues we are sure to encounter along the way.

Like many things, controlling emissions often follows something like an 80/20 rule where that last 20% on the way to net zero emissions is likely going to be the most difficult. New approaches such as producing hydrogen from algae, waste, or other methods may find a niche in these cases. Similarly, new ways to store and transport hydrogen such as using liquid organic hydrogen carriers or other methods may find a role in our energy economy. It’s prudent to keep the research and development in these areas going, but the important part now is not to get so hung up on the “20% problems” that we stop trying to deal with the 80% of emissions we can control today.

The topic of hydrogen can seem heavy and hard to digest. To help explain the issue more clearly, PennFuture partnered with the Ohio River Valley Institute on Nov. 28 to present an educational webinar to Pennsylvania advocates and leaders. If you’d like to watch a recording of this webinar, please click here.