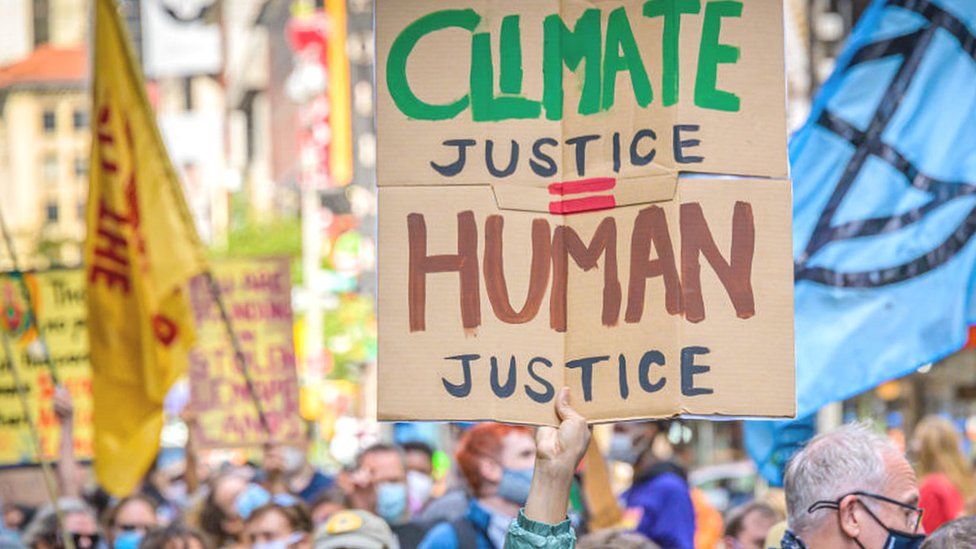 We are a year out from the wave of protests, marches, sit-ins, phone and text banking, and multifaceted advocacy that shaped the Summer 2020. People began to question whole systems, political, social, and economic alike: why did, in the Land of Opportunity, the poor become poorer, the rich richer; Black and brown people keep dying from situations others individuals would not? Are there links between race and class, does the white, Black, and brown working class have more in common than meets the eye, and what does this mean for environmental advocacy?

Article 1, Section 27 of the Constitution of Pennsylvania states that “[t]he people have a right to clean air, pure water, and to the preservation of the natural, scenic, historic and esthetic values of the environment. Pennsylvania's public natural resources are the common property of all the people, including generations yet to come.” Yet, the conditions on the ground show that not all groups have the same access to clean air or pure water.

Environmental Racism as a concept has its roots in the 1970s and 1980s, but its earliest usage as a term was by pastor and Civil Rights champion Dr. Benjamin Chavis. Dr. Chavis defined “environmental racism” as “racial discrimination in environmental policy-making, the enforcement of regulations and laws, the deliberate targeting of communities of colour for toxic waste facilities, the official sanctioning of the life-threatening presence of poisons and pollutants in our communities, and the history of excluding people of colour from leadership of the ecology movements.”

Nationwide, Black Americans are three times more likely to die from exposure to air pollutants than their white counterparts. In Pennsylvania specifically, people of color are 39 percent of the population living within three miles of existing and proposed air polluting coal and fossil fuel power plants, while only composing 22 percent of Pennsylvania’s total population. In addition, the poverty rate is 60 percent higher within three miles of the plants compared to the rest of the state. It is clear that people of minority groups are facing the brunt of environmental degradation at a harsher rate than other groups.

Looking at a more local level, specifically in Western Pennsylvania, the race and ethnic disparities in access to clean air and water persist. In Allegheny County, Environmental Health News and the Environmental Health journal show air pollution levels vary widely between neighborhoods, with the County region's most polluted census tracts being found in poor and minority neighborhoods, while the census tracts with the cleanest air tend to be in wealthier and whiter neighborhoods. The same data also showed higher rates of air pollution-related deaths from coronary heart disease in poor and minority neighborhoods. The story is the same when it comes to water in the County. Higher levels of lead exposure also correlated with rates of poverty of non-white populations.

The Pittsburgh City Paper highlights the Pennsylvania Department of Health’s 2018 Childhood Lead Surveillance Annual Report that found that non-Hispanic Black children and Hispanic children were 3.8 times more likely to have confirmed elevated lead blood levels relative to their non-Hispanic white counterparts in Allegheny County. And these same trends of disproportionate pollution burdens being heaped on poorer communities and communities of color extends throughout Pennsylvania. This is indeed Environmental Racism in action: poorer, darker folks are left to suffer the worst that bad environmental policy has to offer.

Is it simply that Black and brown populations face the brunt of environmental degradation due to race alone? Many, including myself, would say no -- income and class plays a role that impacts some white populations and further compounds the weight of the effects on those of minority races and ethnicities.

As defined by the U.S. Environmental Protection Agency, Environmental Justice (EJ) is the fair treatment and meaningful involvement of all people regardless of race, color, national origin, or income with respect to the development, implementation and enforcement of environmental laws, regulations and policies.

The reality is, however, that Pennsylvania’s heavily white, rural, lower-income communities are, too, facing harsh impacts from environmental degradation, specifically by the fracked gas industry. Fracking wells in Pennsylvania’s Marcellus Shale region are disproportionately located in poor rural communities, which bear much of the weight of associated pollution. Heavily-fracked communities face higher rates of numerous health effects including preterm births, high-risk pregnancies, asthma, and cardiovascular disease, with Western PA’s own Washington County facing the highest number of direct deaths from fracking-based air pollution in the entire Commonwealth.

Nevertheless, some policymakers in Pennsylvania have been welcoming the industry with open arms and open pocketbooks in the form of tax subsidies (see PennFuture’s latest report). State legislators know of the harmful effects that this industry brings to the air and water quality of their own constituents, yet continue to ignore calls to stop working with this harmful and dying industry and lie directly to the very people who elected them.

Moving forward, we should highlight the work of people who live in our state fighting towards a more equitable approach to environmental justice. We need to actively and loudly push back on policymakers deliberately standing in the way of progress on the environmental equity front. We need to continue to educate our friends and neighbors on a better energy and labor alternative to fracking, petrochemical, and other environmentally degrading industries. We should lend an open ear to green job makers nationwide and even internationally, and prioritize family-sustaining, green jobs over dirty and dying industries.

Environmental Racism is, indeed, more than skin-deep, as income and class clearly further heighten the impact. Fighting Environmental Racism is integral to the larger idea of Environmental Justice. The problems being faced by our largely-white, rural neighbors are not that much different than that of a Black family in the City of Pittsburgh. Both are being taken advantage of by petrochemical and other dirty manufacturing corporate neighbors that are doing anything but being “neighborly.” It is through unity and solidarity between the workers, I believe, that we will be able to breathe free, drink free, and live free.

Instead of Taxing Electric Vehicles, Pennsylvania Should Focus on Growing the Industry
July 6, 2021 by Rob Altenburg, Senior Director for Energy and Climate