February 4, 2020 by Rob Altenburg, Senior Director for Energy and Climate
Next Post 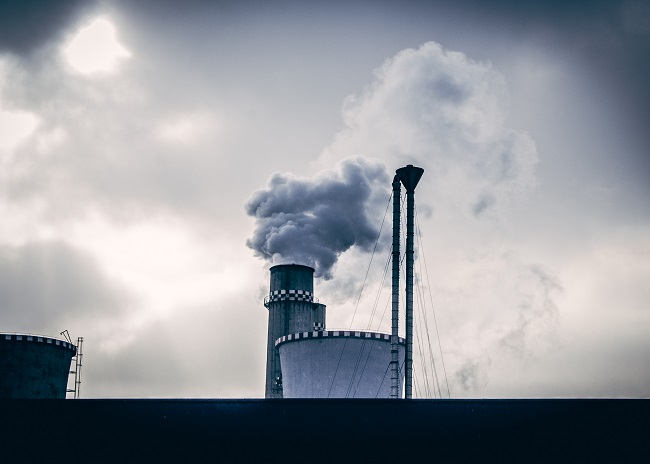 On January 31st, 2020 the Department of Environmental Protection released its proposal to advance a cap-and-invest program to reduce carbon emissions in Pennsylvania that is compatible with the Regional Greenhouse Gas Initiative (RGGI). Facing the prospect of actually having to pay for their pollution rather than being allowed to dump it in the air for free, polluters and their friends are mobilizing to oppose the proposal with fallacies and mistruths.

Below are three of the most inaccurate statements made so far by polluter-friendly elected officials in Pennsylvania, along with responses debunking these dubious and misleading claims.

Myth: Legislative approval is required to execute a carbon cap-and-trade program. On Jan. 16., state Rep. Daryl Metcalfe sent a letter to the executive committee of RGGI, asking them not to move forward with Pennsylvania’s proposed entry into RGGI. In his letter, Metcalfe claimed Pennsylvania has a “rogue governor” and that “Pennsylvania law requires that in order for the governor to execute a carbon cap-and-trade program such as RGGI, explicit approval is required from our Commonwealth’s legislative branch.”

Response: Legislative approval is not required. Pennsylvania’s Air Pollution Control Act gives the DEP, through approval of the Environmental Quality Board (EQB), very clear authority to set limits on pollution and, where necessary, cooperate with other states to do so. The DEP’s proposed rule couldn’t be more clear that interstate compact is required. It says “The Department will determine whether to participate in multistate CO2 allowance auctions in coordination with other participating states or to conduct Pennsylvania-run auctions…”—the proposal also contains specific provisions for a Pennsylvania-run program and says that we will only participate in a multi-state auction if the DEP determines there is one that is compatible with our program and the benefits of doing so outweigh the costs.

Article I § 27 of Pennsylvania’s Constitution says that our “public natural resources are the common property of all the people” and that the Commonwealth acts as trustee to “conserve and maintain” those resources. Instead of questioning the governor’s authority to act, Rep. Metcalfe should ask himself why he thinks it’s acceptable for polluting industries to dump their waste products into our air for free. How is that consistent with his oath of office?

Myth: Pennsylvania is already a leader in cutting carbon emissions, so joining RGGI is not needed. In an Oct. 16 edition of the Pennsylvania Business Report, Pennsylvania Senate Majority Leader Jake Corman argued that “Pennsylvania is out ahead of many states when it comes to reducing carbon emissions through the RGGI compact...But joining a compact where you give up state independence, in an area where we are already making improvements, seems shortsighted and leaves us open to the possibility of being stuck with the poor decisions and outcomes for others in the agreement.” Similarly, in a news release issued on Oct. 3, the House Republican Caucus argued that “Pennsylvania’s energy sector is currently reducing greenhouse gas emissions by as much as 30 percent in recent years, according to some estimates, and the industry is doing this without burdensome regulations.”

Response: Of course Senator Corman and the House Republican Caucus know they are comparing apples and oranges—they just hope you don’t notice. For all its “progress,” Pennsylvania is the fourth-highest emitter of carbon pollution in the nation behind California, Texas, and Florida. New natural gas plants have driven most of our coal generation out of business reducing our emissions, but we started with about one and a half times the coal generation as all of the other RGGI states combined. This is a case of being so far behind, the Senator thinks we are in first place. The real issue though is not what we did, but how we move forward.

We don’t have enough coal left for the trends of the past to continue and neither the Senator nor the Republican Caucus have a plan to solve our emissions problem. Rather than reducing emissions, they are working on a package of bills to further subsidize fossil fuel generation. Gas has likely already become a bigger source of carbon pollution than coal in the state and replacing additional lost generation with gas will result in net increases in pollution—we can’t drill our way to a clean and healthy environment.

Instead of more fossil fuel subsidies, we need to implement a program like RGGI to cap carbon pollution and invest in carbon-free alternatives like clean renewable energy and energy efficiency. A recent report by The Analysis Group shows CO2 emissions in the RGGI states have dropped from over 180 million tons per year to under 80 million tons per year while providing over $1.4 billion in net economic benefits. That is the kind of progress we need.

Myth: Joining RGGI will increase electricity prices and result in job losses. In a June 24 article published by the Commonwealth Foundation, the author implies that RGGI will result in a 64 percent increase in the price of electricity, while it will also result in a loss of between 7,000 to 11,000 jobs per year.

Response: To come by those shocking numbers, the Commonwealth Foundation relies on a “working paper” by David Stephenson of the Caesar Rodney Institute. Both organizations are part of a Koch-funded umbrella organization called the State Policy Network that actively opposes climate change regulations, so it shouldn’t surprise anyone that they are cherry-picking data to try and make their point.

What is surprising is that the Commonwealth Foundation found it necessary to cherry-pick data from a report that already cherry-picked data. The underlying report actually says prices in RGGI increased less than the average in the US, they just increased more than “comparison states.” If you skip their alternative facts altogether and go directly to the Energy Information Administration's (EIA) report on average state prices (the authority they cite) you get a much different picture.

The other critical factor groups like this purposely ignore is that the cost per MWh is only one part of your bill. If a family or business installs solar generation or invests in energy efficiency, their monthly electric bills can drop substantially even if the retail price of power goes up. The RGGI states take advantage of this by investing in efficiency and renewable—far more than Pennsylvania.

To make their claims on job losses, the Commonwealth Foundation resorts to another report from a State Policy Network affiliate, this time from Rhode Island. The really surprising thing about this report is that it doesn’t pretend to be about RGGI at all—this is a report about renewable energy portfolio standards that tries to claim investing in clean renewable generation though programs like Pennsylvania's Alternative Energy Portfolio Standards (AEPS) causes job losses.

What we know for a fact is that the remaining large coal plants in Pennsylvania are all nearing retirement age and no plans are on the table to build more. These plants will eventually close with or without RGGI—we need to plan for what is next. Adding more natural gas is a climate killer so we need better choices. Right now, far from being sources of job losses, the largest job growth sectors in the U.S. are solar installers and wind technicians. Pennsylvania in particular has over 68,000 energy efficiency jobs and over 9,000 renewable energy jobs. Clean and renewable energy has more potential job growth than dirty fossil fuels.

The title of this blog says it’s “Part 1” of a series debunking lies, myths, and misconceptions about RGGI and carbon pricing. While it would be nice if a “Part 2” was not required, the people who are making these claims are not likely to stop. Back in 1710, Jonathan Swift wrote that “if a lie be believ’d only for an hour, it has done its work, and there is no farther occasion for it.”  Unfortunately, that is just as true today.

Stay plugged into PennFuture and our blogs as we follow the rule-making process that could end with Pennsylvania joining RGGI.

What is the Transportation and Climate Initiative?
February 11, 2020 by Rob Altenburg, Senior Director for Energy and Climate