When Profits are on the Line: The Fight Over Energy Markets 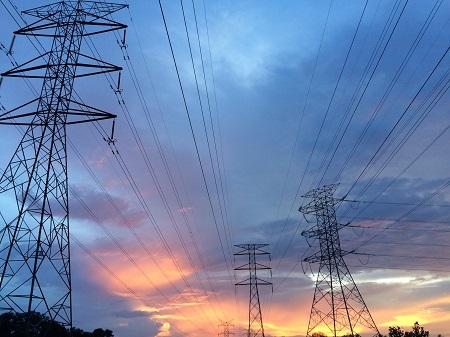 Having energy available when we flip on a light switch is a complicated business and making the wrong choices can have serious consequences. In Pennsylvania, these choices are often made by our Regional Transmission Organization (RTO)—a nonprofit organization known as PJM Interconnection. They manage a large marketplace providing services in an area touching 13 states and the District of Columbia.

In the short term, many key decisions are made through auctions. PJM forecasts how much energy we will need tomorrow, and generators bid to see who can provide that energy at the lowest cost.  The cheapest generators clear the auction and everyone receives the market clearing price. If additional energy is needed over the course of a day, PJM also has a spot market that runs a similar auction every five minutes.

While this system works very well and most generators make the bulk of their revenue from these markets, it doesn’t provide any long-term price signals to ensure the capacity we need is built and maintained. Relying only on short-term markets to influence long-term behavior is a bad idea—this was one of the primary causes of the high-profile and catastrophic failures the Texas grid experienced in recent months. Fortunately, PJM doesn’t follow the Texas plan.

PJM has what is known as a Capacity Market in addition to the energy markets. Under the Capacity Market, generators who clear the market commit to be available, if needed, three years in the future in exchange for set payments. They receive the capacity payments whether or not they actually are called upon to deliver energy, but they are also liable for penalties if they are not able to run when called. This gives them both time to plan and incentives to be reliable.

Prior to December 2019, PJM was concerned that some market participants with buyer-side market power could manipulate the market. For example, a load-serving entity that built new power plants could dump new generation into the capacity market at artificially low prices. They might lose money on those plants, but if it drove the market clearing price low enough, they could more than make up for those losses buying the capacity they need at cheaper prices. To prevent this sort of manipulation, PJM set a price floor for certain new generation. They called this the Minimum Offer Price Rule or “MOPR.” (pronounced mōp-er)

Since 2019, another type of possible market influence arose. Maryland wanted to encourage new in-state generation so it created a program where a company would bid into the PJM capacity market but, in addition to its capacity revenue, it would also receive out-of-market payments to make up the difference between the market clearing price and a pre-arrange contract price. The Supreme Court rejected this program, holding that Maryland’s plan disregarded an interstate wholesale rate required by the Federal Energy Regulatory Commission (FERC).

This decision was very limited. Although it rejected a type of market influence by the state, the Court explicitly said that “Nothing in this opinion should be read to foreclose...states from encouraging  production of new or clean generation...so long as a state does not condition payment of funds on capacity clearing the auction.”

Unfortunately, then President Trump’s FERC ignored this clarification and claimed that practically any effort by the state to make policy decisions about their resource mix “threaten[s] the competitiveness of the capacity market.”  As a result of this new FERC decision, PJM was ordered to expand the MOPR well beyond the initial purpose of limiting buyer-side market power. The expanded MOPR would include practically any “state-subsidized” resource, whether or not the subsidy was conditioned on a generator clearing the capacity market. These targeted subsidies would have a disproportionate impact on new clean renewable generation like those sources benefiting from Pennsylvania’s alternative energy portfolio standards (AEPS), forcing new clean resources to bid into the capacity market at uncompetitively high prices.

Rather than supporting an efficient market, this created a fiction where PJM would effectively pretend that these clean resources didn’t exist. Not only would that raise the capacity prices across the board, it also meant ratepayers would be forced to pay for more capacity than was actually needed. Or, as PJM put it “attempting to ‘hermetically seal’ the capacity market from the reality of state policies...effects an over-correction that itself works against the determination of just and reasonable rates.” By 2030, this could mean $2 billion per year in excess payments that would largely flow into the coffers of polluting generators and extend the life of uncompetitive and unneeded fossil fuel plants.

“But prices didn’t increase in our last capacity auction!” comes the cry from the polluters. In reality, that is a distraction rather than a vindication for the expanded MOPR. First, because of the various changes, PJM delayed the last auction for two years allowing for a much more accurate forecast of needed capacity and the need for less reserves, as a result, they bought 2.5GW less capacity saving ratepayers over $4 billion. Second, the vast majority of existing resources were grandfathered, so no one seriously expected the MOPR to show large effects in the first few auctions anyway. While ratepayers did get a huge break, the MOPR system was still broken.

While all four of the current FERC commissioners were appointed by the former President, it is a very different body than it was in 2019. Right now, there is an even split with two Democrats and two Republicans, and a fifth commissioner—a third Democrat—has been nominated by President Biden and is expected to be confirmed by the Senate later this year. President Biden also named Commissioner Richard Glick, who dissented in the prior opinion, as the new Chairman replacing Niel Chatterjee.

With the expanded MOPR deeply unpopular and support at FERC for that approach waning, PJM saw the handwriting on the wall and, earlier this year, held a series of workshops to discuss alternatives. This ended with the consideration of nine different proposals to reform the MOPR. After putting the options to various stakeholder groups, PJM’s own plan was clearly the most popular.

This would only apply the MOPR to facilities that actually exercised buyer side market power or those receiving “conditioned state support”—the narrow category specifically identified by the Supreme Court.  PJM proposed to adopt this plan in July and, with the FERC commissioners split two against two on the change, FERC took no action. The revisions became effective by operation of law on September 29, 2021.

Panic from the fossil fuel industry

PJM revising a fairly obscure rule in a way that would save ratepayers billions of dollars doesn’t seem controversial, but shortly before the new rule took effect, the PA House Environmental Resources and Energy (ERE) Committee, led by the irascible Rep. Daryl Metcalfe, held an entire hearing to rail against this new plan and the danger of “subsidies”. He seemed to be under the impression that this was somehow orchestrated by President Biden even though Trump appointed all of the current FERC commissioners. (Richard Glick, who Daryl kept referring to as “Biden’s appointee,” was the Trump appointee who Biden named as Chairman.)

The following day the PA State Senate ERE committee held a meeting on the same topic, with largely the same speakers. Many Senators also took the opportunity to object to other states investing in new renewable generation even though doing so would actually lower electricity costs for their constituents.

Why would two legislative committees feel the need to go on record advocating for a plan to raise their constituent’s electric bills right before an election year? If you suspect the fossil fuel industry has a hand in this, you would be right.

While it’s a good thing we don’t follow the Texas model and rely on short-term markets to drive investments, our Capacity Market has its own problems, perhaps the biggest of which is systematic over-procurement.

Take for example the Cheswick coal-fired power plant in Allegheny County. In 2020 it was only called upon to run at less than 10% of its rated capacity. That is like a restaurant only opening its doors for just over a month each year—not a sustainable business. With such poor sales, capacity payments may have accounted for most of its revenue and, if it didn’t clear the capacity auction and lost those guaranteed payments, it wouldn’t make sense to stay open. It’s not surprising then that just days after the 2022/23 Capacity Auction results were published, it was announced Cheswick would retire.

An analysis by PJM concluded that its retirement won’t create any reliability issues, but that raises a bigger question. Why did we pay around $20 million to keep a plant in service that barely generated any electricity and wasn’t actually needed anyway? The simple answer is systematic over-procurement.

While PJM says reserve margins in the range of 16% of their forecasted peak load are adequate, their actual reserve margins are often over 20%, that alone results in about 15GW of unneeded capacity being bought each year. When we look back at the actual peak load, their reserve margins have been running closer to 30%. In short, ratepayers are spending literally billions of dollars to buy far more capacity than we need—even in a worst case scenario.

In response to this illusionary “demand” for capacity, generators had an incentive to increase supply. Over-procurement supports overbuilding of fossil resources. Now, as clean and renewable energy keeps getting cheaper, fossil fuel owners and investors are faced with an increasingly competitive energy market and are desperate to keep these guaranteed payments coming in to pad the bottom line. Or, in the dry language of PJM’s filing, the expanded MOPR “foments greater revenue reliance by resources on the capacity market, rather than the energy and reserves markets, contrary to the original design of restructured wholesale electricity markets.” In other words, the rule created a bubble of unneeded capacity. Like any market bubble lacking fundamental underlying support, this could suddenly collapse if fossil fuel interests don’t defend it.

Ignoring the value of clean energy on public health and the environment is central to their plan. In this view, paying for clean generation is a “subsidy” but being allowed to pollute for free isn’t, even if the amount others are paying for the damage is massive.

Another fossil-fuel strategy has been to pretend only fossil fuel power is valuable as a capacity resource. While it’s true that a solar facility isn’t going to operate at night and will produce less electricity on cloudy days, we’ve seen in Texas and during our own polar vortex that fossil fuel plants aren’t necessarily available when we need them either. While having variable resources complicates the management of our power grid, this is a well-understood issue that we can account for.

The expanded MOPR took this all a step further and effectively pretended that much of the new clean generation wouldn’t exist at all. For fossil fuel plants, that means all of those capacity dollars flow to their pockets and not to their competitors. Reforming the MOPR not only threatened them with more competition, it drew attention to the more fundamental issue of overprocuremt. If PJM fixes that problem, the ratepayers will benefit but uneconomical and unnecessary fossil fuel plants will lose their safety net. That has them, and their friends in the legislature, in a panic.

For polluters and their friends, forcing higher bills on ratepayers is a small price to pay when profits are on the line.