Last week, the Pennsylvania Supreme Court ruled that it is unconstitutional under the Environmental Rights Amendment (ERA) for the General Assembly to transfer oil and gas lease funds designated for environmental conservation to the general fund for non-conservation purposes. This decision, appropriately dubbed “PEDF IV,” concludes a six-year legal battle between the Pennsylvania Environmental Defense Foundation (PEDF) and the Commonwealth.

The General Assembly established a lease fund in 1955 under the Lease Fund Act to receive “all rents and royalties from oil and gas leases” on Commonwealth land, and exclusively dedicated to environmental conservation purposes. The Department of Conservation and Natural Resource (DCNR) is charged with overseeing all oil and gas leases and contracts on these publicly owned lands, and all moneys in the fund are to be appropriated to the DCNR for carrying out the purpose of the fund.

From 1955 to 2008, the leases generated a total of $165 million. Then in 2009, the DCNR leased approximately 74,000 acres for Marcellus Shale drilling which generated close to $600 million. These revenues were made up of upfront bonus payments, annual rental fees, royalties for the marketable gas extracted, and interest penalties for late payments. Inspired by the large influx of revenue, the General Assembly added four new provisions to the Fiscal Code which essentially worked to restrict the allocation of lease fund monies to DCNR and redirect them to the general fund to help balance the state budget. This marked the start of the PEDF litigation.

PEDF II critically and clearly accepted the Pennsylvania Supreme Court’s 2016 plurality’s holding in Robinson Township v. Commonwealth, that this public trust imposes trustee obligations on the Commonwealth to (1) prohibit the degradation, diminution, and depletion of our public natural resources, whether these harms might result from direct state action or from the actions of private parties, and (2) the Commonwealth must act affirmatively via legislative action to protect the environment. It also rejected the previous three-part ERA test set forth in Payne v. Kassab.

The PEDF II Court also ruled that two of the Fiscal Code provisions relating to oil and gas royalties (1602-E and 1603-E) were facially unconstitutional because they directed the royalties away from the trust corpus. Remember, the corpus under the ERA is Pennsylvania’s public natural resources, and PEDF II had to figure out what to do if those natural resources are sold.  According to Pennsylvania private trust law, revenue from the sale of trust assets constitute trust principle, and trust principle must remain part of the corpus of the trust. Royalties from the sale of oil and gas represent the sale of trust assets, and are therefore trust principle.

The Court then remanded the case back to the Commonwealth court to determine whether the other two provisions transferring money from the lease fund to the general fund (1604-E and 1605-E) were also unconstitutional. This required a determination of how the other revenues (the bonus payments, annual rental fees, and interest penalties) should be categorized under private trust law principles.

Taking a step back, typically in an oil and gas lease, the company pays several different payments for the lease/right to extract. The bonus payment is a one-time payment made by the company to secure the lease during a formal bidding process. The company then pays an annual rental fee to maintain its right to explore the area for oil and gas. Interest penalties are penalties related to late rental payments. Finally, the company pays royalties to the commonwealth based on the amount of marketable gas it extracts.

Under Pennsylvania private trust law, rental payments generated from trust assets are classified as trust income and can be distributed to trust beneficiaries. On remand in 2019, the Pennsylvania Commonwealth Court in PEDF III determined that the rents, bonuses, and interest penalties constitute income, and interpreted the ERA to recognize two distinct classes of beneficiaries: the current living citizens of Pennsylvania as life tenants and all future citizens as remaindermen. The court determined that since the ERA didn’t specify how the proceeds should be allocated between successive beneficiaries (the life tenants and remaindermen) the trust laws from when the ERA was adopted (the 1947 Principle Income Act) would govern, thereby directing the income to go to the life tenants. This led the court to conclude that the transfer of revenue to the general fund was constitutional as it represented income distributed to the trust’s life tenants. PEDF then appealed to the Pennsylvania Supreme Court.

Last week’s decision reversed PEDF III on the grounds that the ERA does not in fact establish successive trust beneficiaries, and therefore the 1947 trust laws concerning apportionment among successive beneficiaries do not apply. The Commonwealth Court in PEDF III interpreted the phrase “for the benefit of all the people” in the ERA in isolation to mean that allocating the trust income to the general budget would benefit all the people, and would therefore be permissible.

In discussing the ERA, the Court explained that “[t]he text does not distinguish between ‘current Pennsylvanians’ and future generations. Instead, generations yet to come are included within the broadly defined beneficiary: ‘all the people.’” And as the Court in PEDF II explained, “The Commonwealth’s fiduciary duty to “conserve and maintain” our public natural resources is a duty owed to the beneficiaries of the public trust, namely “the people, including generations yet to come,” as set forth in the second sentence of Section 27.” This essentially means that the Commonwealth, as the trustee, cannot distinguish or prioritize the needs of current Pennsylvanians and future Pennsylvanians by spending trust income on general budgetary matters because “the ERA created simultaneous beneficiaries with equal interests in the trust’s management.”

While there are no binding rules on the type of trust law that should be used to fill these gaps, some legal professionals have strong opinions on how to apply private trust principles to public trusts so as to uphold the intent and purpose of the public trust. Professor John Dernbach, for example, stresses that the income maximization aspects of private trust law should not be used to define the duties and limits of a public trustee as they are incompatible with the purpose of public trusts for natural resources.

We have also seen recently how these principals can be perverted into an argument in favor of depleting Pennsylvania’s natural resources. Pennsylvania State Senators Gene Yaw and Lisa Baker (joined by the Pennsylvania Republican Caucus and several municipalities) attempted to challenge a ban on fracking within the Delaware River Basin passed by the Delaware River Basin Commission (DRBC) by essentially arguing that they have public trust duties under section 27 of the ERA as individual legislators to exploit the State’s natural resources for economic gain. They argued that the fracking ban harms the Commonwealth and its citizens by “interfering with the reasonable investment-backed expectations of landowners,” and diminishing the property value of land in the Basin.

In an unsurprising victory, the District Court rejected these arguments on the basis that the two senators are not ERA trustees and have no standing to bring the complaint. Arguments like the one brought by Senators Yaw and Baker which grossly misinterpret the ERA are why it is so important to remain diligent in ensuring that the ERA is used to its fullest and most correct purpose to “protect our rights to clean air, water, and the preservation of the natural, scenic, historic and esthetic values of the environment.” 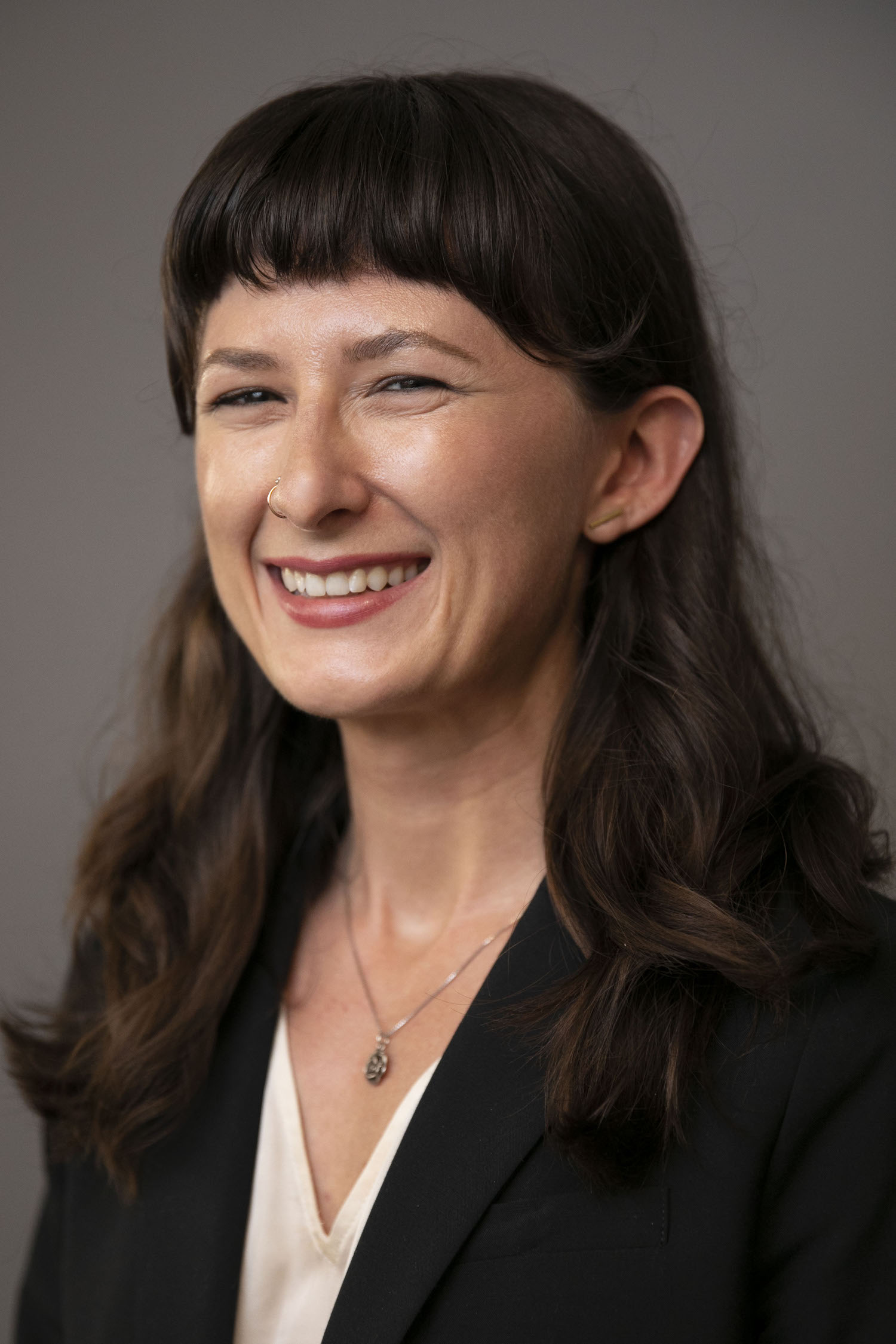 Maine’s Innovative Response to Plastics Pollution and What the Rest of Us Can Learn From it
July 27, 2021 by John Ukenye, Policy Analyst