The Physicians for Social Responsibility recently released a report titled “Fracking with Forever Chemicals” which discusses the current findings and evidence of the use of PFAS in hydraulic fracturing, also known as fracking, for oil and gas.

Put simply, these chemicals are very dangerous because they do not break down in the environment, accumulate in the body, and cause significant human health impacts that can result in severe illness and death. PFAS are found in soil and ground- and drinking-waters in multiple communities throughout the United States, including Pennsylvania, from any number of sources, and the inclusion of these forever toxic chemicals in fracking poses even more risk to our communities.

What are PFAS and why are they harmful?

The per- and polyfluorinated substances, known as PFAS, are chemicals used to make coatings and products that resist heat, oil, stains, grease, and water. These coatings are used in products such as clothing, adhesives, furniture, food packaging, heat-resistant non-stick cooking surfaces, and the insulation of electrical wire. PFAS are also used in fire-fighting foams.  The most studied PFAS chemicals are perfluorooctane sulfonic acid (PFOS) and perfluorooctanoic acid (PFOA).

PFAS are known as “forever chemicals” because they do not break down in the environment. They can move through a broad range of substances (solid, liquid, gas) and contaminate soils, surface and groundwater, and drinking water sources. Small doses of these chemicals build up in the human body and cause threatening chronic and toxic effects such as liver damage, thyroid disease, decreased fertility, hormone suppression, and cancer, especially in children. For more health effects, see the fact sheet here.

Not only do small amounts of these highly toxic forever chemicals threaten our health, but the ubiquitous nature of these chemicals increases the threat exponentially. CDC scientists found groups of PFAS in all people tested for it, showing a widespread effect of these chemicals in the US population. See the study here. Furthermore, PFAS have been found in drinking water supplies, rivers, lakes, soils, and fish and other wildlife and livestock.

But shockingly, at this time, PFAS is not a regulated contaminant either by EPA or Pennsylvania. EPA is currently in the process of listing PFOA and PFOS as hazardous substances under the federal Safe Water Drinking Act (and hopefully other federal environmental statutes) and setting a “maximum contaminant level” (MCL), but its current health advisory guidelines are just that – guidelines. PA’s process for setting an MCL is dragging along as well, leaving our communities without little to no protections from the toxic forever chemicals.

PFAS in fracking – Worse than we thought

We know that, despite ongoing evidence of contamination and impacts to local residents and livestock, the fracking industry has long opposed any attempts to require the disclosure of the toxic mix of chemicals used in their operations, citing proprietary business information claims.

This report demonstrates that fracking operations (including well drilling) include the injection of these dangerous forever chemicals through the ground and drinking water and that PFAS can also make it into wastewater produced by fracking. The report discusses that oil and gas companies, including many big companies that have fracked in PA, have used PFAS or substances that can degrade into PFAS in hydraulic fracturing for oil and gas in more than 1,200 wells in six U.S. states between 2012 and 2020.

As mentioned, these companies refused to identify chemicals they were using for fracking and instead treat these chemicals as “trade secrets” and “proprietary information.” And this is extremely concerning as the report points out: “The lack of full disclosure of chemicals used in oil and gas operations raises the potential that PFAS could have been used even more extensively than records indicate, both geographically and in other stages of the oil and gas extraction process, such as drilling, that precede the underground injections known as fracking.” Refusal by fracking companies to disclose the myriad toxic and harmful chemicals they use also makes these chemicals almost impossible to study and to find the right medical treatments for those affected by it.

The impacts to our communities from fracking is no secret (although the chemicals they use remain so), but the inclusion of PFAS in the mix is even worse than we thought.

Fracking with PFAS in Pennsylvania

Fracking has been occurring in Pennsylvania since the technology exploded in 2008. The Marcellus Shale covers much of Pennsylvania and is regulated primarily by the Pennsylvania Department of Environmental Protection. Pennsylvania is currently in the number two spot among gas-producing states in the US, thereby leading many Pennsylvanians to be exposed to fracking operations and these toxic forever chemicals.

In 2020, Pennsylvania’s Attorney General issued a report based on a criminal grand jury investigation of oil and gas drilling pollution showing that those living in close proximity to a well pad became chronically and unexplainably ill, especially children that are susceptible to these effects. Also, pets died and farm animals started miscarrying or giving birth to deformed animals. It is suggested that the use of PFAS in fracking is heavily related to this and if these chemicals were found in those six states mentioned in the report, it is highly likely PFAS are used by the fracking companies in Pennsylvania.

There are many communities that are significantly impacted by fracking in PA, particularly in Washington and Westmoreland County which contain the most fracking wells that resulted in multiple health problems, from nosebleeds to cancer. There are towns in Pennsylvania that have been ruined by fracking. Take for example Dimock, where it was found that heavy concentrations of methane contaminated the drinking water of several dozen families as a result of Cabot Oil and Gas’ drilling practices.

It is important to note that the use of PFAS is not only dangerous for those living by the well pads, where they are injected into the ground, but is also likely to contaminate our environment and poison our communities through the treatment and disposal of fracking wastewater.

We hope this knowledge will be enough to help move the needle on the regulation of not only fracking water and wastewater, but also of PFAS themselves.

One example of where this will likely come up sooner than later is with the Delaware River Basin Commission (DRBC). The DRBC recently banned fracking within the watershed, and in September, the Commission will consider whether to allow the treatment of fracking wastewater in the basin. Previously, the DRBC withdrew its proposed regulations on transport, storage, treatment, and disposal of fracking wastewater within the Basin, along with its proposed regulations on allowing Delaware River Basin water to be exported outside of the basin to be used in fracking operations, arguably because they were not protective of the basin’s water quality.

This report further shows that DRBC should also ban the treatment of wastewater within the watershed given the high threat of PFAS and other toxic contamination. The wastewater produced by fracking contains the chemicals used in drilling and fracking fluids. It is almost certain that PFAS substances may be in the wastewater produced by fracked wells. PennFuture will continue to push DRBC – and others – to fully protect our waters, lands, and communities from the dangers of fracking in Pennsylvania.

Finally, there is currently legislation being drafted and proposed in response to the Pennsylvania Attorney Generals Grand Jury report on fracking. Bills have been introduced already that aim to increase setback requirements and give our Attorney General more enforcement power. We anticipate that such legislation will also include a chemical disclosure requirement, as recommended by the Grand Jury, and we hope that the General Assembly will also consider banning fracking companies from using these toxic forever chemicals in the fracking process. 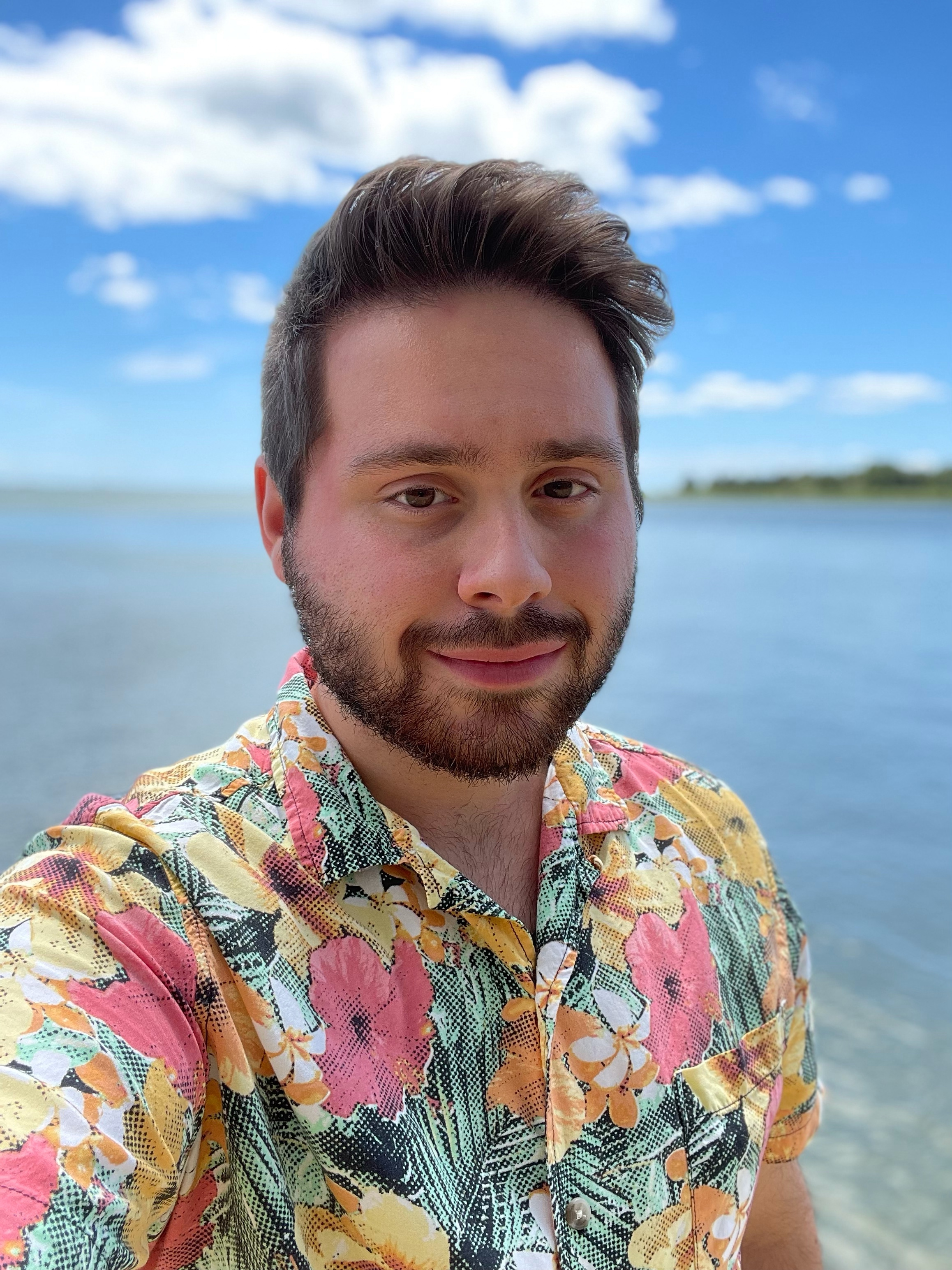