Pittsburgh’s history cannot be told without acknowledging the role and lasting impact of heavy industry. But today’s steel industry, a shadow of its former self, refuses to clean up its act.

Residents of Allegheny County - especially those downwind of U.S. Steel’s Mon Valley Works facilities - have suffered far too much, for far too long, with little and inadequate response from county officials or industry.

The Mon Valley is home to the largest coke manufacturing facility in North America, Clairton Coke Works. The U.S. Steel facility still uses equipment installed in the 1950s and the company refuses to make planned upgrades to its polluting infrastructure

Cancer and heart disease, potentially worsened by air pollution, are leading causes of death in Allegheny County. Black residents continue to suffer and die from these conditions at rates higher than their white neighbors. Across the county, infant mortality rates are almost three times higher among black residents.

Allegheny County suffers from the poorest air quality in the state. Mon Valley Works is a significant contributor. 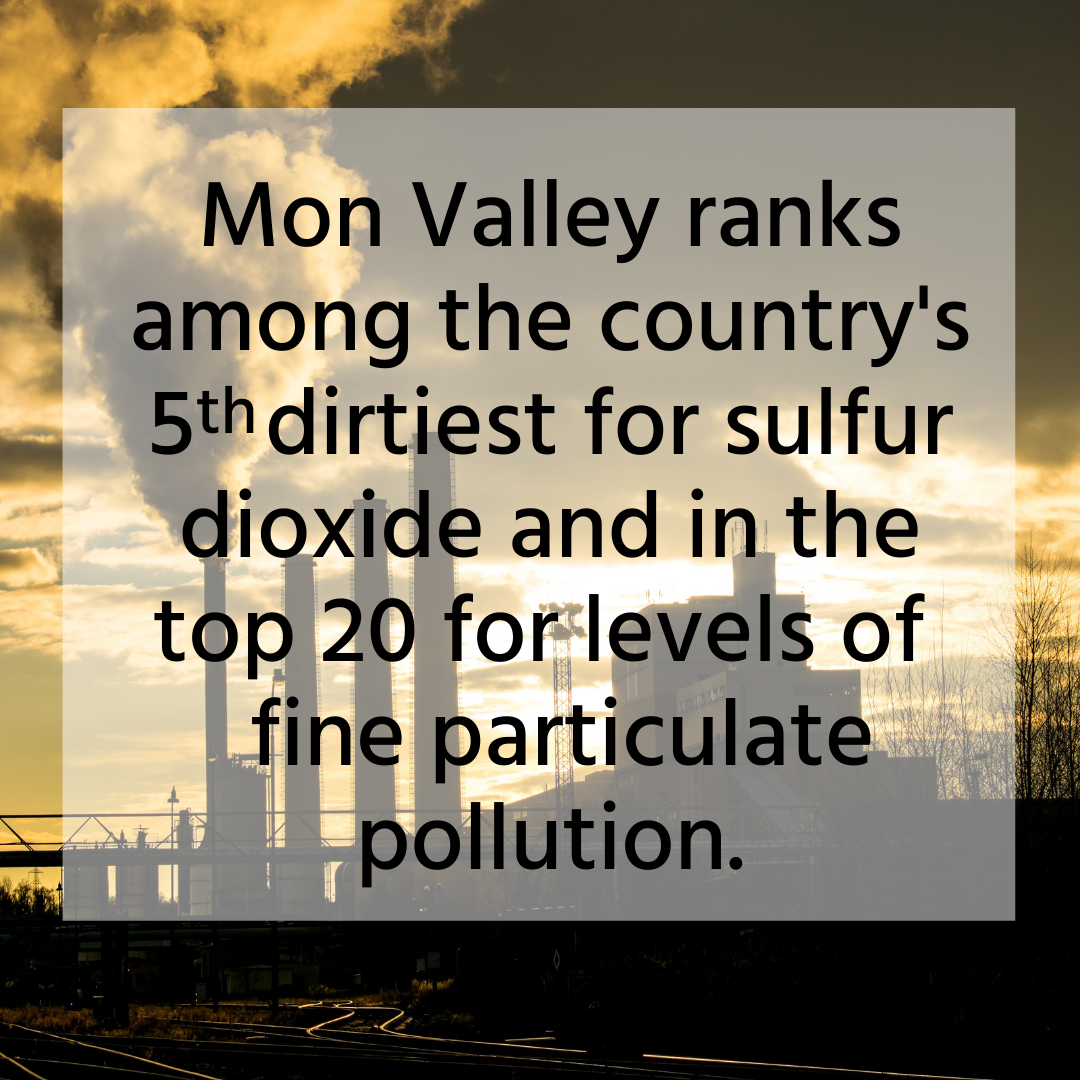 While other parts of the state have experienced tremendous gains in air quality, much of Allegheny County remains a relic of our state’s soot-covered past. This is especially true in the Mon Valley.

Air monitors regularly record instances of excessive levels of fine particulate matter or sulfur dioxide. Nearly all are caused by pollution in the Mon Valley.

Nationally, the Mon Valley ranks 5th worst in the country for sulfur dioxide pollution. The region falls within the top 20 dirtiest locations for fine particulate levels.

The nose knows. In one week in November 2020, the Smell Pittsburgh app recorded more than 1,200 citizen complaints of worrisome air quality.

Failure to properly monitor U.S. Steel, one of the worst polluters in the country, is a complete negligence of duty.

Yet oversight audits find the county has allowed more than one third of Title V permits to expire. This is essentially letting U.S. Steel off the hook.

It’s clear that U.S. Steel will never be a good neighbor in the region unless the company and local regulators are held accountable. PennFuture calls on U.S. Steel to address the antiquated portions of its coking operation that are the sources of ongoing violations.