Get the latest updates, news and events from PennFuture

Even if we keep our waste coal plants on line, there is still a significant amount of waste ash that must be disposed of. Some have suggested planting beach grass to stabilize the pile and prevent leaching into the ground water. Planting beach grass on waste coal piles is a much cheaper option than building more waste coal plants and has been shown to bring life back to long-dead waste coal piles for only 6-10 percent of the cost of conventional methods. Within a few years, beach grass can enable native plants to take over, allow organic matter to accumulate around plants, and form a plant layer that prevents erosion, holds water, cools the surface, and looks a lot better.

While beach grass is a promising alternative that could be much cheaper than more traditional forms of reclamation, it would still be an expensive undertaking to plant on piles across the state. Waste coal plants are certainly not free either, but they have a perceived advantage in that their costs do not usually show up as line items in the state budget.  Even so, as you will see below, waste coal plants do receive a significant amount of benefits from the state.

Believe it or not, in Pennsylvania, waste coal is considered to be an alternative source of energy. Under the Alternative Energy Portfolio Standards Act (AEPS), electricity derived from waste coal (16.5 percent) is considered a Tier II resource. Check out Achieving 100 percent Renewable Energy IS Possible and Smog and Mirrors in West Virginia for background on PA’s Alternative Energy Portfolio Standards (AEPS).

Waste coal qualifies for the Alternative Energy Production Tax Credit (to date, no tax credits from this program have been earned, $0 was spent on these tax credits in 2012-2013, and $10 million was projected for 2013-2014), the Coal Waste Removal and Ultraclean Fuels Tax Credit (can be used against sales and use tax, corporate net income tax and capital stock/foreign franchise tax), and the Alternative Fuel Incentive Grants (in September, DEP awarded $1.8 million in AFIG funding to four innovative alternative fuel technology projects but it’s not clear how much, if any, went to waste coal).

The two U.S. Senators for Pennsylvania, Pat Toomey (R) and Bob Casey (D), introduced an amendment (which fell short by six votes and was rejected by the Senate on Jan. 21) to the Keystone XL pipeline legislation that would exempt waste coal power plants from complying with the smog and soot limits in the Environmental Protection Agency's (EPA) Cross-State Air Pollution Rule (CSAPR) and the acid gas and sulfur dioxide pollution limits in the Mercury and Air Toxics Standards (MATS). The purpose of the amendment was, “To continue cleaning up fields and streams while protecting neighborhoods, generating affordable energy, and creating jobs.” (Notice how they don't mention cleaning up the air in the purpose statement and that the two rules apply to air pollution.)  It is also important to note that even though their amendment was rejected, they could still introduce it as a standalone bill.

Our senators are not alone in their requests. The Pennsylvania Department of Environmental Protection (DEP) has asked for exemptions for waste coal from the Clean Power Plan, Boiler MACT and, likely, other rules. Electric generators who burn waste coal are also asking regulators to weigh their environmental benefits against their environmental harms and count their carbon emissions as zero.

Deciding whether to accept more pollution in one area (air or water) in order to remove pollution elsewhere (water or air) will be difficult. Rather than continuing the practice of providing incentives to waste coal plants, we need to stop and evaluate the alternatives. While contemplating alternatives, as PennFuture recommended in our policy document “A Fresh Start for Pennsylvania: 26 Steps that Governor Wolf can take to improve Pennsylvania’s environment and economy” and as DEP Acting Secretary John Quigley has stated on numerous occasions, DEP needs to be transparent about its decision-making.

If more waste coal plants are to be built, DEP should provide detailed analysis relating to the potential impacts to the air in the surrounding communities and request comments concerning its proposal. And if they decide to let the waste coal piles be, then they need to carefully monitor the nearby water supply and keep local citizens up to date on their findings. Or even if they decide it's best to use beach grass or other alternative measures to tackle the problem, we need to know what those measures are and if/how they are working.

Whatever steps DEP takes to handle our waste coal problem, they need to be open and honest about it. It is of utmost importance that we are informed about decisions impacting our air and water. As stated in my previous blog post, we have a constitutional right to clean air and clean water in Pennsylvania.

Jennie Demjanick is energy policy analyst for the PennFuture Energy Center and is based in Harrisburg. She tweets @JennieDemjanick. 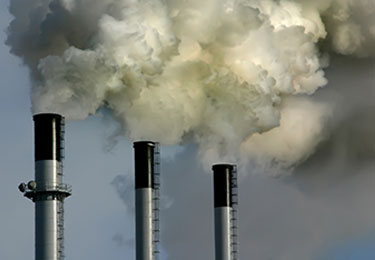