Restoring the Loyalsock State Forest After the Flood

December 13, 2016 by Ann Pinca, Save the Loyalsock Coalition
Next Post 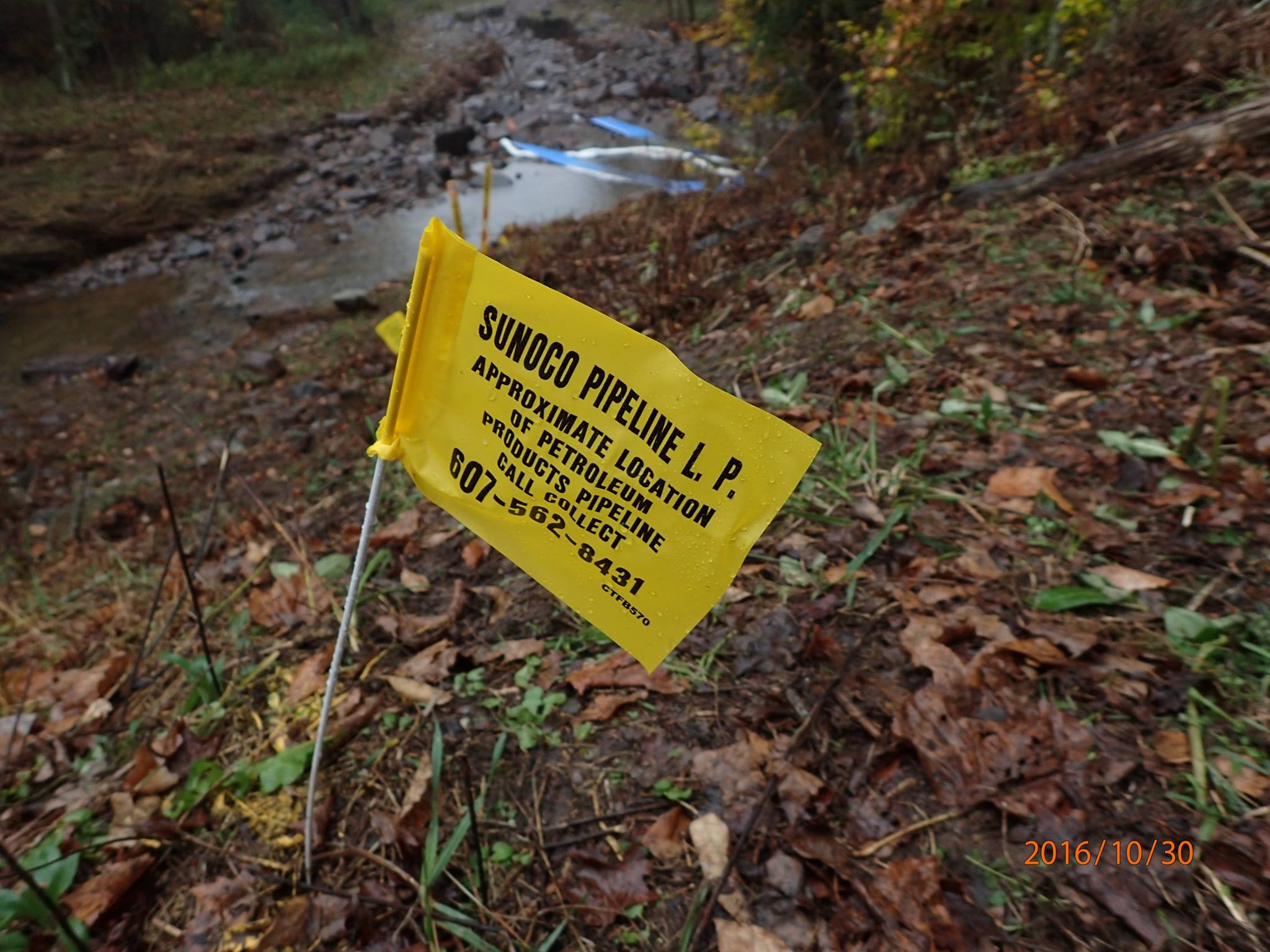 In the early hours of October 21, 2016, six to eight inches of rain deluged a narrow band of north central Pennsylvania.  This torrential downpour created an enormous overflow of surging water that carried boulders, trees, and tons of dirt downstream through an area that included portions of the Loyalsock State Forest located in Sullivan and Lycoming Counties.

The torrent of flood waters and debris deftly washed out roads, bridges, and homes as it rushed downstream through the forest toward the Loyalsock Creek and eventually the Susquehanna River.  Residents in its path either quickly evacuated their homes or were rescued by emergency personnel. Some families lost everything.

Downstream from the Loyalsock State Forest, an eight-inch pipeline operated by Sunoco Logistics ruptured when struck by debris from a washed-out bridge over Wallis Run, a tributary of the Loyalsock Creek.  This rupture sent over 55,000 gallons of gasoline into the flood-swollen waters of the popular recreational creek.  While water contamination concerns by those downstream eventually were dismissed, residents living in the area of the pipeline rupture experienced strong fumes from the spilled gasoline.

One area of the flood-damaged Loyalsock State Forest has been under special scrutiny for several years.  Since 2013, the Save the Loyalsock Coalition has been working to protect a region known as the Clarence Moore lands, an area encompassing over 25,000 acres of unbroken forest land currently under threat of natural gas development.  Ironically, the Coalition, hosted by PennFuture and comprised of over 20 member organizations, sponsored a special event in the now flood-ravaged ghost town of Masten just a few weeks prior to the flood.

In only a few short hours, nature’s fury drastically transformed this popular state forest. Damages to the Loyalsock State Forest are estimated at approximately $6 million dollars, with total flood damage in the four affected counties topping over $33 million dollars. Information posted to the Loyalsock State Forest’s Facebook page and the DCNR website reports the locations of closed roads and bridges.  Sections of the Old Loggers Path, a scenic 27-mile hiking trail, have been washed out and will require reroutes and trail rebuilding.

The Loyalsock State Forest is no stranger to flood damage, having suffered similar destruction from Tropical Storm Lee in 2011. It took several years to rebuild the bridges and roads that have now been washed away again by October’s raging floodwaters. Yet even though some damage to the forest is still under assessment, repair work by DCNR maintenance crews has already begun and in time, the trails, roads and bridges will be repaired.

Downstream, clean-up efforts continue in flood-damaged communities, and Sunoco Logistics has repaired the ruptured pipeline.  Small town communities have come together to help their neighbors through fundraising efforts such as spaghetti dinners and penny socials. Welcome news for residents is that low interest loans will be available to help rebuild local homes and businesses damaged by the flood and that federal disaster relief has been granted to the four counties affected by the flash flooding.

The Loyalsock State Forest, a favorite destination for many, is well worth restoring.  As the forest’s roads and trails are repaired, nature will heal any damage to the forest’s diverse flora and fauna. During this restoration process, the Save the Loyalsock Coalition will continue their efforts to preserve forever the wild and natural beauty of the Clarence Moore Lands.

PennFuture is a founding member of the Save the Loyalsock Coalition and provided the initial outreach to bring together and organize Coalition members.  Staff members of PennFuture continue to provide support to the Coalition through their leadership and expertise.  The author of this post, Ann Pinca, is a freelance writer who has served as Communications Coordinator for the Coalition since its inception.  Like many members of the Save the Loyalsock Coalition, Ms. Pinca enjoys hiking and exploring the Loyalsock and other Pennsylvania state forests to enjoy the peaceful beauty and abundant natural wonders that they contain.

For additional information on the Save the Loyalsock Coalition, visit www.saveloyalsock.org or email saveloyalsock@gmail.com.

Ann Pinca, Save the Loyalsock Coalition

My Mission is PennFuture's Mission.
December 7, 2016 by Stephanie Rex, Director of Communications