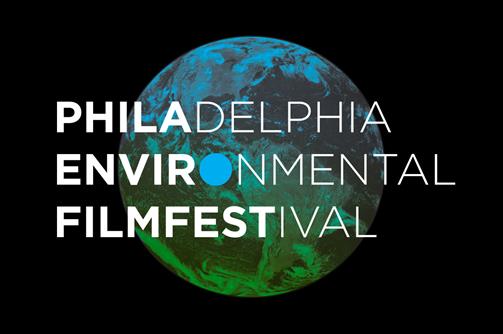 This Earth Day weekend, the Philadelphia Environmental Film Festival returns to the Prince Theater with powerful new short films and exclusive documentaries showcasing the complexities of human impact on the environment.

We all have a stake in the health of our environment, and one of the first steps we can all take to help tackle these issues is to educate ourselves and each other. That’s why we at PennFuture are excited to see these new works that entertain, inform, and inspire action within all of us.

The festival begins Friday, April 21 with a free dance party hosted by WXPN’s David Dye from 10 p.m. to midnight at the Prince Theatre, and runs through Sunday, April 23. To see the full lineup of environmental films and to purchase tickets, check out the Philadelphia Environmental Film Festival’s website. You can use the code EARTH5, to purchase tickets to the Festival at a special, discounted rate!

Check out a few selections of the lineup of films that tie into PennFuture’s critical issue areas and mission:

Climate
Before the Flood
BLOCK 2 (Buy tickets for this block)
8 p.m. – 10 p.m.
Friday, April 21, 2017
Main Theater
Academy Award-winning actor, environmental activist and U.N. Messenger of Peace Leonardo DiCaprio and Academy Award-winning filmmaker Fisher Stevens travel to five continents and the Arctic to witness climate change firsthand. DiCaprio goes on expeditions with scientists, uncovering the reality of climate change and meets with political leaders fighting against inaction. He also discovers a calculated disinformation campaign orchestrated by powerful special interests working to confuse the public about the urgency of the growing climate crisis. With unprecedented access to thought leaders around the world, DiCaprio searches for hope in a rising tide of catastrophic news.

This compelling documentary about the history of anthracite coal examines the social, economic, and environmental impact of mining on northeastern Pennsylvania. A post-screening panel discussion will be held with David Scott Kessler (Director of NINE FIRES); Jared Flesher (Director of BIRDS OF MAY); and Dave Edwards (Director of KING IN THE MOUNTAIN) moderated by Drexel University environmental law professor Alex Geisinger.

In California’s complex water system, a handful of corporate landowners have gained control of the state’s most precious public resource, while drought has left local homeowners and small farmers with dry wells. California supplies half of the nation’s produce and is the world’s fifth largest food supplier. With our breadbasket at stake, Americans and the world are waking up to a stark reality: Water is the next commodity, and it is rapidly growing more valuable. As a California resident warns us, “Just watch, you’re going to be next.” This film peels back the layers on this complex world.

On the sandy beaches of the Delaware Bay in New Jersey, rufa red knots arrive every year from the southernmost tip of South America. What makes this federally threatened bird species remarkable is its epic journey: 19,000 miles per year, from Tierra del Fuego to the Arctic Circle and back again, one of the longest migrations in the animal kingdom. But overharvesting of horseshoe crabs by the fishing industry has put red knots in peril: when the starving birds arrive, there arenít enough horseshoe crab eggs waiting for them. And last year, regulators approved a plan to permit a 1,400 percent increase in oyster farming which could further threaten the red knots’ survival.

A post-screening panel discussion will be held with David Scott Kessler (Director of NINE FIRES); Jared Flesher (Director of BIRDS OF MAY); and Dave Edwards (Director of KING IN THE MOUNTAIN) moderated by Drexel University environmental law professor Alex Geisinger.

Children from around the world take on our biggest environmental challenges—from endangered animals and pollution to climate change. Behind the scenes at the American Museum of Natural History, scientists talk with kids about how organisms are affected by a changing earth. A lyrical mix of science, music, and stories of plants and animals in danger, this film—narrated in part by Tina Fey and Liam Neeson—celebrates the natural world and is a call from kids to all of us to help take care of the planet and everything on it.