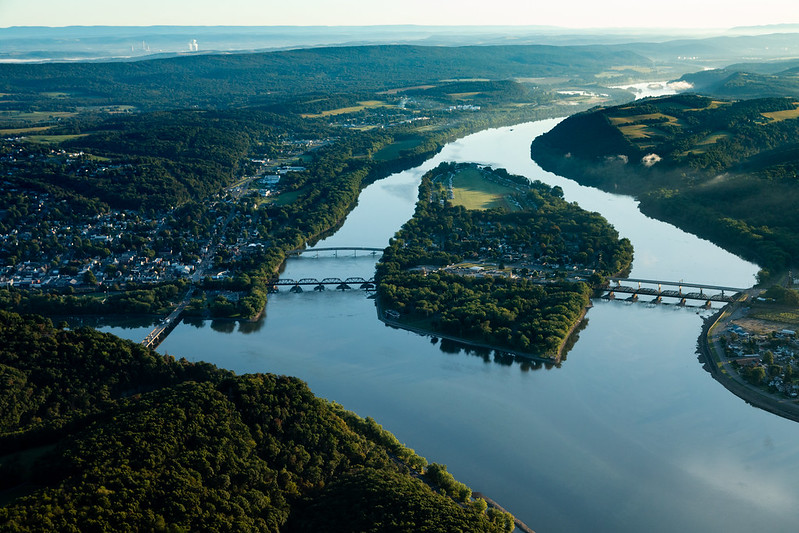 Pennsylvania must act to stem pollution flowing to Chesapeake Bay

We all benefit from access to clean water, and it’s our shared responsibility to ensure it’s available for current and future generations.

Despite that, the promise of clean water doesn’t exist for many Pennsylvanians, including those living in the Susquehanna River Basin. The state legislature has a window of opportunity during the next five years to do right by its residents and clean up our waterways, but it will take public investments, bold policies, and political courage.

There are more than 15,000 miles of polluted streams within Pennsylvania’s portion of the Susquehanna and Potomac River basins. The Susquehanna River itself is the source of drinking water for 6.2 million people. This pollution impacts how we use our water — whether it’s fewer opportunities for fishing, unsafe waters for recreation, or high costs for using it for drinking and business.

The river’s pollution stretches well beyond our state borders. Half of all the freshwater that comprises the Chesapeake Bay comes from the Susquehanna River, which means Pennsylvania plays an important role in ongoing efforts to clean up the polluted bay.

The problem is that Pennsylvania generates significant pollution from its paved surfaces, industries, farms, and lawns — in the form of excess nitrogen, phosphorus, and sediment — down to the Chesapeake Bay, so much so that aquatic life is impacted by the degraded condition of the water and “dead zones” crop up across the waterbody.

While Pennsylvania isn’t the only culprit — five other states and Washington, D.C. also contribute to the problem — our contributions are among the highest, especially for nitrogen. The dirty water in the basin is so dire that Pennsylvania has been placed under a so-called “pollution diet” by the Environmental Protection Agency meant to limit the amount of pollution we send down into the Susquehanna and Chesapeake Bay.

Unfortunately, Pennsylvania is severely lagging and has been called out by other states for its failure to meet its previously-agreed upon obligation. Without state policy action soon, the fate of many of Pennsylvania’s streams, the Susquehanna, and the Chesapeake Bay will be grim.

That’s why PennFuture has recently released a policy agenda designed to give Pennsylvania lawmakers a roadmap to fund clean water programs to meet its pollution obligations in the Susquehanna River Basin.

The report, “Underfunded and Polluted: Solutions to Fund Clean Water in Pennsylvania and the Chesapeake Bay Watershed,” puts forth a legislative agenda that, if acted upon, would provide the technical assistance, agency support, and public investments needed to put Pennsylvania on the path toward meeting our “pollution diet” goals by the 2025 deadline.

Specifically, we recommend policy solutions and funding amounts that would result in the reduction of pollution from its major source — agriculture lands — as well as stormwater runoff and forestry-related practices. We also recommend that our state agencies are funded properly and operating with sufficient capacity to carry out the programs and assistance needed to accomplish state pollution goals.

The report also identifies funding mechanisms that are available to state legislators to help achieve these policy goals, including a severance tax on natural gas extraction, eliminating the sales tax exemption for bottled water, levying a fee on single-use plastic bags, and establishing a water use fee for large commercial operations in Pennsylvania, among others.

The pathways spelled out in our report complement efforts already underway in the state Capitol, as two bills with bipartisan support could soon come up for a vote in Harrisburg.

The first is SB 251 which seeks to implement new standards and regulations on lawn fertilizer application across Pennsylvania, while SB 465 would create a statewide Agricultural Conservation Assistance Program to help more farmers and landowners implement practices to combat nonpoint source agricultural runoff to our streams, creeks, and rivers. We will be watching these bills closely and doing our part to support them.

Properly funding clean water initiatives isn’t just the right thing to do, it’s the smart thing to do. Clean water is a critical component of Pennsylvania’s thriving recreation economy, which is the 6th largest in the country and produced $13 billion in revenue, according to 2019 figures. It’s also a critical investment in our farmers, one of Pennsylvania’s top economic sectors accounting for approximately $83.8 billion in direct economic output and over 280,500 jobs.

Now is a critical time for state leaders to uphold our right to clean water, and to strongly support Pennsylvania's recreation businesses and farmers.

Now is the time to invest in our waterways.

Renee Reber is the campaign manager for watershed advocacy at PennFuture.