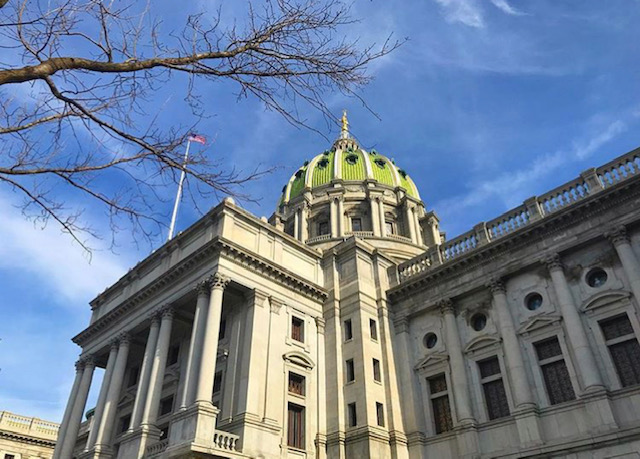 “PennFuture supports several aspects of Gov. Wolf’s budget proposal, especially his call to create the Energy Communities Trust Fund that will simultaneously benefit residents in environmental justice communities as well as workers transitioning away from the fossil fuel industry, all while cutting greenhouse gas emissions,” said PennFuture President and CEO Jacquelyn Bonomo. “While we celebrate this sorely-needed idea, it must be endorsed and embraced by residents who live in these frontline communities who disproportionately suffer the impacts of carbon pollution in Pennsylvania.

In addition, PennFuture celebrates the small but meaningful increases in funding for state agencies like the Department of Environmental Protection and the Department of Conservation and Natural Resources. While there is still a tremendous amount of work to do to properly fund these critical agencies, we are thankful that the governor is continuing to push for well-funded agencies.

PennFuture also applauds Gov. Wolf’s call for a severance tax on the fracked gas industry which, for years, has failed to pay its fair share while leaving Pennsylvanians with nothing but pollution and the costs of cleaning up its environmental degradation. This industry has taken so much from Pennsylvania, which is the only gas-producing state in the nation without a severance tax. It’s also well past time for our legislators to stop subsidizing this industry to the tune of billions of dollars per year.

Finally, we call on Gov. Wolf and members of the General Assembly to be bold and creative when crafting the finer details of this budget. Pennsylvania is still in the midst of intersecting crises with the ongoing pandemic and the climate crisis. We need real and immediate action, not for lawmakers to check boxes in a business-as-usual approach. Specifically, we recommend that policymakers consult PennFuture’s ‘A Green Stimulus and Recovery Platform for Pennsylvania’ report released last summer as a roadmap for stimulating our economy in a clean and renewable fashion."