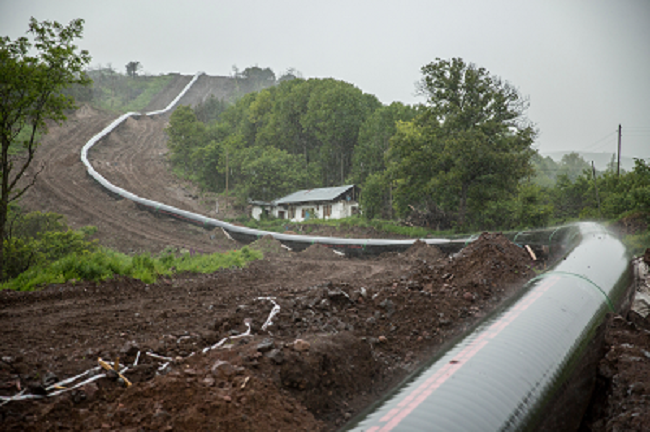 Today it was announced that the PennEast Pipeline company will cease development of its proposed fracked gas pipeline determining that “further development of the project no longer is supported.” The 120-mile pipeline, which was slated to transport fracked gas from Luzerne County in northeast Pennsylvania through the Delaware River watershed to New Jersey, was unable to secure all necessary environmental permits. PennFuture has been working to stop this pipeline since its inception in 2014.

“The announcement that the PennEast pipeline is effectively dead is a huge relief for PennFuture and the impacted communities across the Delaware River watershed who have been tirelessly working to defeat this terrible pipeline,” said Abigail M. Jones, Vice President of Legal and Policy at PennFuture. “Impacts from the PennEast pipeline would have included degradation of streams, including special protection waters; loss of high functioning wetlands; destruction of forest habitat and increased invasive species; and increased greenhouse gas emissions, just to name a few. New Jersey had denied critical environmental permits for the pipeline, which resulted in PennEast proposing to bifurcate its process and build the Pennsylvania-portion in phases to allow for construction to move forward. The announcement is especially great news for the many landowners in Pennsylvania whose properties were threatened by eminent domain and clearcutting for a pipeline to nowhere.

Fracked gas and other fossil fuel projects are resulting in death by a thousand cuts to our natural and scenic landscapes that have long sustained our regional economies through outdoor recreation tourism. To that end, we call on the leaders and agencies of the Commonwealth to take seriously their fiduciary duties under Article I, Section 27 of the state Constitution and truly protect our ‘right to clean air, pure water, and to the preservation of the natural, scenic, historic and esthetic values of the environment.’

Without the efforts of PennFuture, our partners — including Delaware Riverkeeper Network, Clean Air Council, and Save Carbon County — and communities along the proposed route, the PennEast pipeline would have imposed even more damage to Pennsylvania’s natural resources and beauty.  We thank everyone who fought back this project for years and who stood resolutely against yet another fracked gas pipeline destroying our right to clean air and pure water.”