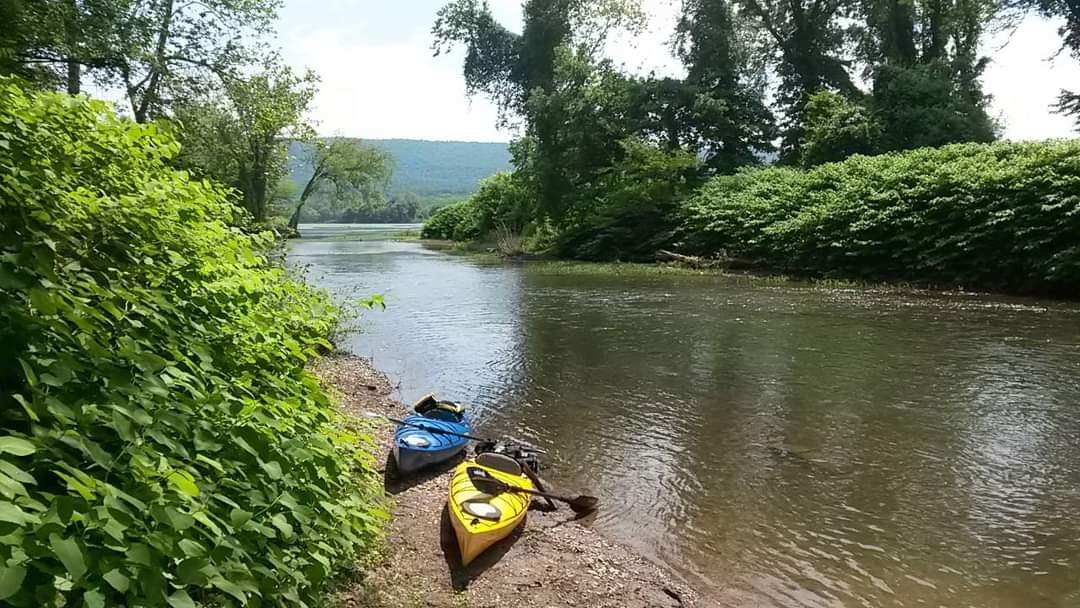 On Feb. 8, Gov. Tom Wolf delivered his eighth and final budget address in which he spelled out the top priorities and programs that need to be funded in the coming fiscal year. The speech marks the official kickoff of a budget process that will culminate with a new state spending plan by the end of June.

It is absolutely imperative that this new budget includes the necessary funding needed to get Pennsylvania closer to our clean water goals, both here at home and in the Chesapeake Bay. Wolf’s speech, after all, came only a few weeks after a new report that shows at least one-third of Pennsylvania’s waterways are so impaired and polluted that they are unsafe for wildlife, recreation and drinking water. Locally, over half of York County’s waterways are impaired.

Simply put, our dirty water problem is getting worse in Pennsylvania, not better, and elected officials in Harrisburg have shown little appetite to properly fund the programs and initiatives that are needed to clean our waterways.

We can’t continue to lose ground in the ongoing fight for clean water. That’s why PennFuture started a new petition calling on our elected officials to take seriously their duty and responsibility to bring about clean water, both for current and future generations of Pennsylvanians. The time is now for lawmakers to hear our concerns and to finally understand that properly funding clean water initiatives isn’t just the right thing to do, it’s the smart thing to do right now and for the future.

We all benefit from clean water in our waterways. The issue of polluted water in Pennsylvania is significant. But that doesn’t mean it’s insurmountable.

In 2010, Pennsylvania, along with five other states and the District of Columbia, voluntarily entered an agreement to clean up local waters and the Chesapeake Bay by the end of 2025. This commitment was reaffirmed in 2014 when the parties signed another agreement upholding their intent to meet the goals on time.

What does that mean for Pennsylvania? In the Susquehanna and Potomac River watersheds alone, which account for roughly half of the state, the funding gap to clean up our polluted creeks and rivers will cost additional $325 million annually from what is already being spent.

Excess nutrients and sediment pollute our streams here in Pennsylvania and ultimately flow down to the Chesapeake Bay where they have a detrimental impact on aquatic life, including oysters and blue crabs. In Pennsylvania’s portion of the watershed, 15,000 miles of streams are polluted. In York County, there are 868 miles of polluted streams, roughly the same number of miles it would take to reach Daytona Beach, Florida. Key sources of this water pollution are runoff coming from farms, cities, and towns.

Pennsylvania has a long way to go to meet its goals. Since entering this agreement, the state has severely lagged behind in making progress, so much so that two lawsuits were filed in 2020 against the U.S. Environmental Protection Agency for Pennsylvania’s failures, including one by the states of Maryland, Virginia, Delaware, and the District of Columbia.

There is hope. The state just released an updated plan on how it will meet its goals by 2025. Almost every county in the watershed has a plan developed locally by community leaders and members. There are thirty County Action Plans that identify what needs to be done and the resources needed to accomplish the local goals. The estimated annual cost in York County is $26 million.It's now up to the General Assembly to do their part. Despite forward momentum to improve local waterways, time and time again our legislators fail to fully invest in our water resources.

This year our elected officials are out of excuses to kick the can further down the road. The state’s coffers are projected to have over $1.6 billion in surplus plus a large infusion of billions of dollars from the federal government through the American Rescue Plan and the Infrastructure Investment and Jobs Act, both passed last year by Congress.

The clock is ticking. There are less than four years remaining for Pennsylvania to meet its goals. In a recent letter to Pennsylvania, the EPA was clear that it is willing to take action if the state does not meet the federal government and increase funding.

We know that Pennsylvanians value their constitutional right to clean water and a healthy environment. Poll after poll demonstrates wide, bipartisan support for increases in state investments for clean water.

Our elected officials need to hear from you. That is why we are calling on Pennsylvanians to show lawmakers you care about clean water funding. Visit www.pennfuture.org to learn more.

Renee Reber is a campaign manager for watershed advocacy for PennFuture, a statewide environmental advocacy organization with five offices across Pennsylvania.