PennFuture Op Ed in the Philadelphia Inquirer, May 2022 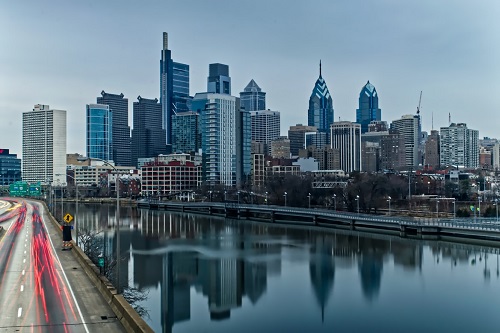 Philadelphia has a water problem. Water mains burst on a regular basis. Raw sewage flows into our rivers. Most residents would never think to relax or play in the Delaware or Schuylkill Rivers.

President Biden and Congress are offering a once-in-a-lifetime solution. The Infrastructure Investment and Jobs Act (IIJA) will provide Pennsylvania about $1.4 billion to fix our water infrastructure, with Philadelphia gaining a significant share. Millions more are available to apply for directly from various departments throughout the federal government. The Philadelphia Water Department (PWD) should be scrambling to position our city as a leader for these important funds. Yet, so far, it does not appear truly interested in doing so.

In recent testimony given during Philadelphia City Council’s budget hearings, PWD Commissioner Randy E. Hayman minimized the impact that federal funds would have, and suggested that the department will have to rely instead on rate increases. “At the end of the day, there is still going to be a need for a viable rate,” he told City Council. “Why? Because we have so much to do.”

To be fair, PWD does have a lot to do. Just this year, the water department had to repair the damage done by massive water main breaks in Kingsessing and Queen Village, while also addressing ongoing problems, like replacing Philadelphia’s aged water infrastructure and following the standards set by the federal Clean Water Act.

Stunningly, PWD doesn’t seem very excited — or even interested — in the possibilities presented by federal funding. No fewer than three people testified on behalf of PWD, including Commissioner Hayman, who downplayed the amount of funds that would ultimately be provided to Philadelphia, and even appeared to express reservations in pursuing federal funding at all due to the financing and structure of available dollars.

Philadelphia is suffering from a citywide slide in the quality of water services provided. The repairs from the Queen Village water main break? Not good. Ditto in Kingsessing. The department routinely falls short of its own goals to replace aging water pipes. And the department continues to undermine the Green City, Clean Waters program by artificially limiting its funding potential and lacking vision on its future.

The result is that Philadelphia has a higher percentage of polluted creeks and streams than any other county in Pennsylvania.

We are all drawn to water for far more than basic survival needs. At a recent community event at Bartram’s Garden, I watched a group of children race past all the beautiful grounds and blooming spring flowers, and head right for the Schuylkill River, before heeding calls from the adults to return to safety.

Our connection to water is mystical. It is visceral. It is very real. Yet most Philadelphians are disconnected from the experience of water because our water quality remains so poor. We can’t play on it and many of us don’t drink it. And PWD expects us to keep paying more for it.

The department sought two rate increases over the past five years that would have increased customer costs by nearly 18%. These requests are controversial, so it is not surprising that PWD would try to lay the groundwork for a future increase as soon as possible. The department shouldn’t be allowed to raise rates without first doing everything it can to access as much federal funding as possible.

Our water problems won’t be solved by continuing to raise rates on hardworking residents and undervaluing the potential of federal infrastructure dollars. The Philadelphia Water Department needs a broader vision.

Adam M. Nagel is a campaign manager for PennFuture, an environmental advocacy organization with five offices across Pennsylvania.