PennFuture Letter to the Editor in the York Dispatch 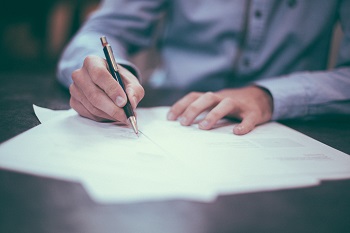 I am writing this letter to acknowledge the 50th anniversary of Earth Day. Understandably, this pandemic has affected every aspect of our lives and has limited our ability to engage in collective action on the streets. Instead we have to focus our attention on social distancing and “flattening the curve."

Unfortunately, the challenges facing the environment are still as prevalent as before. Polluters are being given greater latitude to pollute. Economic challenges threaten the funding for important environmental resources. And the climate change crisis hangs overhead constantly.

That is why now more than ever it is worthwhile to remember the first Earth Day. On April 22, 1970, an estimated 22 million Americans of diverse backgrounds came together for peaceful demonstrations in favor of environmental reform. Then Pennsylvania’s Environmental Rights Amendment was passed in 1971, guaranteeing our constitutional rights to clean air and pure water.

On this 50th anniversary of Earth Day, we need to have a renewed era of environmental reform as we move forward. We need to clean up our waterways, stop subsidizing fossil fuels that endanger our health and climate, and, ultimately, we need to start recognizing that humanity isn’t apart from nature but is a part of nature. If we act sufficiently, the 100th anniversary of Earth Day could be a day for celebration, not a date of crisis. Join us as we continue on that journey at www.pennfuture.org/take-action.