Killing the Chesapeake: Report says it will cost Pa. $521 million a year to save the bay 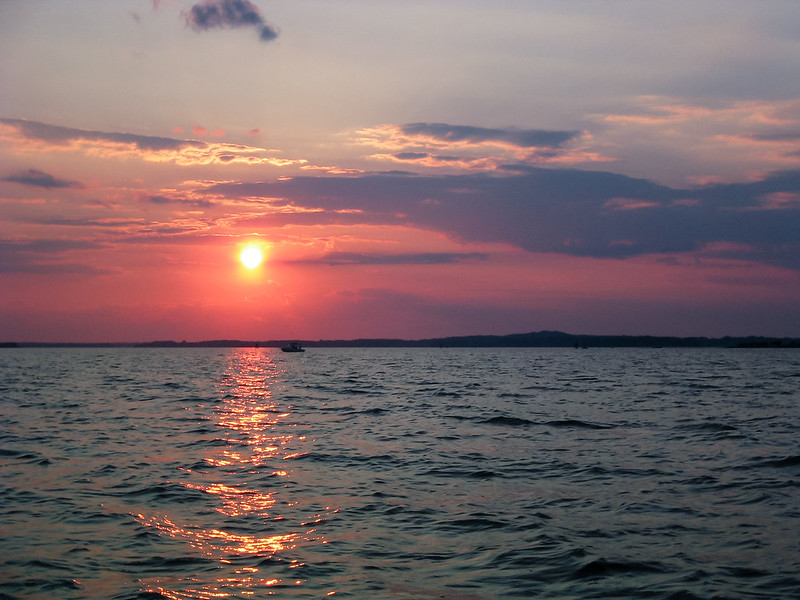 Killing the Chesapeake: Report says it will cost Pa. $521 million a year to save the bay

For 38 years, when then-Pennsylvania Gov. Dick Thornburgh signed the first agreement with Maryland, Virginia and the District of Columbia to pledge to clean up the Chesapeake Bay, Pennsylvania had fallen short of its obligations to help clean up the bay.

The state routinely falls well short in reducing the pollution that flows into the Chesapeake, and the cause is simple – Pennsylvania doesn’t want to pay for it, falling, by most estimates $324 million short of what needs to be spent.

A new report by the environmental advocacy group PennFuture – to be released Thursday – estimates that the state would have to spent $521 million a year to meet a 2025 deadline set by the agreement among the bay watershed states to reduce pollution in the bay.

The group has compiled a list of proposals so the state can meet its obligations — including the establishment of a Clean Water Fund, a program to help farmers pay for improvements that reduce the amount of pollution that flows into the Susquehanna watershed and limits on the use of fertilizer on lawns and in developed areas. It has also compiled a list of ways to pay for it, including revamping the state income tax, imposing a tax on single-use plastic bags and a fee for stormwater drainage and increasing fees to dump trash.

“What we’ve provided is a legislator toolbox,” said Renee Reber, PennFuture’s campaign manager for watershed advocacy who wrote the report. “It’s possible that there is a pathway forward. It’s time to stop kicking the can down the road and take action now.”

PennFuture’s senior director of government affairs, Ezra Thrush, said, “It’s time for Pennsylvania to kick it up a notch.”

Legislation that would enact many of the measures PennFuture has proposed has been introduced during past legislative sessions but has often failed. For instance, a bill that would set limits on the use of fertilizer – aimed mainly at commercial lawn services – has been introduced in the state Legislature during every session for the past decade or so and has failed to gain passage. Meanwhile, both Maryland and Virginia passed such laws – 11 years ago.

State Sen. Gene Yaw, a Williamsport Republican who chairs the Senate Environmental Committee and serves on the Chesapeake Bay Commission, believes progress can be made.

“There was a lot more discussion about clean water in the legislature before the pandemic,” he said during a briefing by the committee Tuesday. “Then, the pandemic hit, and things got sidetracked. We’re getting back on track, but we may be a year behind. I think we’re making some progress.”

The problem is politics, as is everything in Harrisburg. It’s a tough sell, Yaw said. “A lot of my constituents don’t even know where the Chesapeake Bay is,” he said. “It’s 300 miles away. Why should we care? The way I look at it is it’s not an environmental issue. It’s a living issue.”

Complicating matters, he said, is how Pennsylvania government functions. He recalled a few years back, the bay commission heard from an expert who was going to describe the political processes in the three states represented on the commission. Yaw believed it would be “a waste of time,” but as the presentation went on, he was stunned. Both Maryland and Virginia have more streamlined legislative processes and fewer local government entities to deal with. Pennsylvania has a cumbersome process and 67 county governments, 2,500 municipal governments, 2,500 public authorities and 500 school districts.

“Representatives from Maryland and Virginia said, ‘We don’t see how you get anything done in Pennsylvania,’” Yaw said. “Pennsylvania is really different.”

Pennsylvania’s failure to meet its obligations has been significant. The pollutants flowing to the bay from the Susquehanna damage the bay’s crab and oyster habitats and create dead zones in the bay, areas unable to sustain wildlife.

The problem, as it is with many things, is money.

The state, according to PennFuture’s new report, “chronically” underfunds Chesapeake Bay projects and has come nowhere close to the estimated $521 million it would have spent annually on programs to reduce pollution in the 64,000-square-mile Susquehanna watershed’s 49,000 miles of streams. Fifteen thousand miles of those streams are considered polluted.

It appears that Pennsylvania hasn’t even been trying. Since 2002, PennFuture points out, the budget for the Department of Environmental Protection has been cut by 40 percent. Its staff has been reduced by 30 percent over that period, resulting in the agency “struggling to meet its minimum regulatory obligations, particularly as it relates to clean water,” the report states.

Cleaning up the Susquehanna watershed and the Chesapeake Bay is a huge, expensive undertaking, but PennFuture’s report concludes that the benefits far outweigh the cost.

Taking measures to clean up the Susquehanna watershed would result in increased profitability for farmers, higher property values, increased revenue from recreation, improvements in the quality of drinking water and mitigation of the effects of climate change, according to Reber.

Recreation may seem like a small portion of the economic pie, but a study by the Theodore Roosevelt Conservation Partnership found that outdoor recreation accounts for 390,000 jobs in the state with a value of $26.9 billion annually, including more than $7 billion in tax revenue.

“The benefits of investing in and meeting Pennsylvania’s clean water goals will have real results in the Commonwealth,” Reber wrote in the report’s conclusion. “The calculated economic benefits to Pennsylvanians for meeting its pollution goals could exceed $6.2 billion annually.”

PennFuture is calling for “reasonable and commonsense policies” to address the state’s failure to uphold its constitutionally mandated duty to provide clean air and pure water.

The report includes the following policy recommendations, as well as the means to pay for them:

PennFuture proposes paying for the additional spending in a number of ways, including some that have already been proposed but have failed to pass in the legislature.

There is also hope that money from the massive infrastructure bill proposed by the Biden administration to pay for projects such as stormwater management systems could be added to the pot.

And, strange as it may seem, there is some hope that Maryland could pony up some money to help Pennsylvania meet its goals.

Yaw has spoken with Maryland legislators, exploring the notion that Maryland could kick in some dollars to pay for projects in Pennsylvania, admittedly a tough political sell. But, Yaw reasons, “Pennsylvania is the place that needs more help. If we have identifiable projects, if you put your money in them, here’s how it’s going to help you rather than investing in a project on the Eastern Shore to regulate chicken manure.”

Ann Swanson, executive director of the Chesapeake Bay Commission, called the “optics” of such a proposal “interesting.”

“They want to figure out a way to help Pennsylvania, but they also need Pennsylvania to identify a funding source. Pennsylvania has to kick some money into the pot,” she said. “They also have to figure out a path that’s politically acceptable. You could say, we control the spigot and they live in the bathtub.”