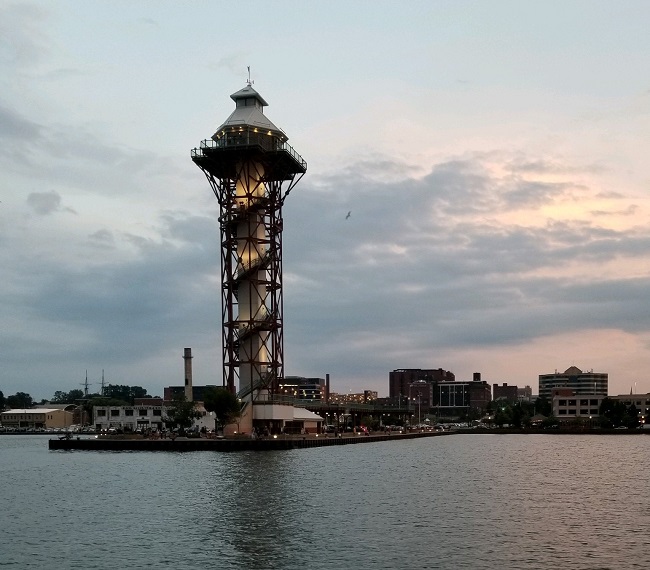 The $100 million plan for improvements to the Bayfront Parkway is now at the center of a federal lawsuit focused on environmental concerns.

The suit was filed electronically in U.S. District Court in Erie on Tuesday morning by lawyers representing the NAACP’s Erie branch and the nonprofit environmental advocacy group Citizens for Pennsylvania’s Future.

PennDOT and the Federal Highway Administration are defendants in the lawsuit.

The lawsuit challenges FHA’s approval of PennDOT’s application for a reduced environmental review — known as a categorical exclusion — regarding the parkway plans.

“The Bayfront Parkway Project may have significant environmental impacts that PennDOT has not yet evaluated,” the lawsuit states.

The suit also points out that “high rates of impoverished residents and communities of color” live in the neighborhoods near the planned parkway improvements; according to the lawsuit, that “requires PennDOT to analyze potential impacts to those communities to ensure they will not be disproportionately and adversely affected by the project.”

The plaintiffs, according to the lawsuit, are seeking a declaratory judgment finding that the defendants have violated NEPA and the Federal Aid Highway Act. The suit also wants the project's federal funding halted "pending Defendants' compliance with NEPA and the Federal Highway Aid Act."

The plaintiffs are also seeking "reasonable attorney fees" and other costs associated with the lawsuit, as well as "any other relief as this Court may deem just and proper."

The suit was filed on behalf of the plaintiffs by lawyers affiliated with Earthjustice, a nonprofit environmental law organization.

Gary Horton, president of the Erie NAACP branch, also declined to comment when contacted by the Erie Times-News.

But a statement announcing the lawsuit, released by Earthjustice, includes this comment from Horton: “Members of our NAACP unit and generations of Erie bayfront residents have seen similar projects come and go promising improvements that have not been realized for our community.

"With the Parkway project's clear priorities of attracting conventions and out-of-town visitors, our voice and opinion about the character and needs of the neighborhood are being ignored once again...We deserve to have the opportunity to comment on the parkway design and to be taken seriously by the entities looking to expand the parkway and increase traffic in our neighborhoods.”

CSX rail crossings at State and Holland streets, near the parkway, would be removed to accommodate the project.

The total cost of the parkway improvements is estimated as high as $100 million, with the bulk coming from federal and state grants.

The project is endorsed by Erie Mayor Joe Schember’s administration.

However, some citizens and members of Erie City Council have questioned the project regarding pedestrian amenities, as well as how the project will affect air and water quality and natural resources.

PennDOT officials have committed to additional public input mechanisms for the project, including public hearings and a peer review consulting group that would weigh in on aspects of the parkway improvement plan.

That group's members could include citizens appointed by City Council.

Charles Buki, the founder and principal consultant of Alexandria, Virginia-based urban planning firm CZB and the author of the Erie Refocused comprehensive plan, has called the parkway plan “super exciting” and said PennDOT “has done everything one can ask of a state (department of transportation) and more” regarding the project.