During his first speech to Congress, President Trump pledged to the American people to "promote clean air and water." While Trump praises clean air and pure water in his speech, it rings hollow since the first Trump budget will cut the Environmental Protection Agency's by more than 20 percent. With the EPA already seriously underfunded for the work it does, the Trump budget cans one in five employees with much of the cuts aimed at enforcement and oversight of state enforcement. Important environmental protection programs have also been slashed. For example, his proposed cuts will decimate the Chesapeake Bay Program from $73 million to $5 million in fiscal year 2018. We must ignore his lips, but watch his hands and feet. People who care about the environment and worry about our children’s future must understand where this is all headed.

If you are still wondering why President Trump’s key appointments to vital Federal Agencies such as the EPA, the Education Department, and the Energy Department are nominees who actually despise the very purpose of the agencies they are now running, wonder no more, because it has been made clear that President Trump and Stephen Bannon want to systematically destroy these agencies and gut their regulatory capacities.

Bannon has purposely maintained the scruffy appearance of one who would be better suited at a neighborhood bar stool, and is now in the right-hand seat of power as Trump’s chief advisor and confidant. Bannon has largely remained in the shadows, rarely speaking publicly, until his recent comments at the Conservative PAC. It’s now clear that Bannon is a fanatic but he should not be dismissed as a wild-eyed White Nationalist. Bannon has big plans for deconstruction of the federal government, and while it appears to be delusional and grandiose, it is not.

At the recent CPAC convention, Bannon provided a lens into the future that Trump has in store for all of us if we let him. With the clearest explanation for why many of Trump’s cabinet choices are well known mostly for despising and attacking the very federal agencies they’ve been designated to lead, Bannon made it clear that these nominees weren’t appointed to lead essential agencies like the Energy Department, Education or the Environmental Protection Agency, but to gut them.

Remember then Texas Governor Rick Perry running for President in 2012 promised to abolish the Energy Department when he forgot its name? While under questioning for confirmation for the Secretary of Energy, Perry was forced to recant his previous position and sounded a much different note.

Scott Pruitt became head of the EPA, despite the fact that he has been trying to shut down the agency with 14 separate lawsuits that we now know from his hidden emails were spawned not in his office, but by lawyers representing the oil and gas industry. Betsy DeVos, Secretary of Education, wants American taxpayers to pay for private schools and even poorly regulated “fly-by-night online virtual schools” rather than properly funding struggling public schools.

The Trump administration has hatched an audacious stratagem to “deconstruct” critical elements of our government so special interests, especially the fossil fuel industries, can run wild as never before. When Bannon brags about dismantling the “administrative state,” what he’s saying is that Trump will be unleashing corporate predation with a wrecking ball; letting polluters do whatever they want, whenever and wherever they want, regardless of their impact on our environment or the direct harm it inflicts on American communities. He’s plotting the elimination of the very rules that citizens need to constrain runaway greed or halt corporate and bank malfeasance that crashed our economy in 2008.

Little wonder that the stock market has been going wild since the election: the speculators and the barons of polluting industry will be free at last.

At CPAC, Bannon said, “every business leader we’ve had in is saying not just taxes, but it is — it is also the regulation. I think the consistent, if you look at these Cabinet appointees, they were selected for a reason and that is the deconstruction, the way the progressive left runs, is if they can’t get it passed, they’re just gonna put in some sort of regulation in — in an agency. That’s all gonna be deconstructed and I think that that’s why this regulatory thing is so important.”

“Deconstruction” is Bannon’s code word for the shredding of the federal safety net. This rollback of safeguards has been in the aim of dark-moneyed interests since 1971, when Lewis Powell wrote his manifesto to the U. S. Chamber of Commerce. The Lewis memo inspired a long and deliberate takeover of our electoral process systematically executed by minority interests through such means as voter suppression, sophisticated data-driven gerrymandering and toxic amounts of dark money flooding front groups like the Heritage Foundation, fake news outlets and through super PACs.

The race to the bottom begins. President Trump is creating obfuscation when he says he likes clean air and clean water while he recently authorized the Keystone and Dakota Pipelines despite the environmental dangers, and when he took steps to dismantle climate pollution rules, repealed coal mine regulations, endangered species protections and clean water rules. Trump recently signed an executive order crafted by Scott Pruit to kill the "Waters of the U.S. Rule," which was carefully crafted after a lengthy scientific assessment by EPA and the Army Corps of Engineers to clarify the authority of federal regulators over wetlands and waterways under the Clean Water Act.

The South Florida Water Management District is seeing their opportunity to ask the Trump administration to unleash the district from an important 1992 consent agreement with the Bush Administration that committed the water district to clean up the phosphorus pollution that is severely degrading the Everglades National Park and the Arthur R. Marshall Loxahatchee National Wildlife Refuge. (Remember the massive algae blooms last summer that were killing manatees and choking waterways?)

Meanwhile, western Republicans have changed the laws to allow a give-away of our precious public land estate to western states so they can be delivered to special interests for exploitation. Here in Pennsylvania, the Pennsylvania General Assembly has launched a study to determine where Pennsylvania’s environmental protections exceed the federal government, so they can cut protections down to the weakened levels being advanced in Washington. This is not how we “make America great again,” in fact, the many reckless actions bring America closer to wholesale destruction.

At the CPAC conference, Bannon warned: “If you think they are giving you your country back without a fight, you are sadly mistaken.” Let’s prove Bannon right on this point. We must fight those who have set out to destroy our environmental protections. Bannon’s agenda is a clear and present danger to the America we all know and love.

We must demand that our government not only protect existing safeguards, but also create a framework for a clean energy economy that is already creating more jobs than oil, coal, and gas combined.Things can rapidly get much worse than any of us could have imagined in our lifetimes. The United States has already set more than 2,800 new record high temperatures this past month, with 738 new records in the past week alone, while we have seen only 27 record lows. It is time everyone must demand our members of Congress and Senator Toomey to stand up against the deconstruction of our governmental safeguards and not let society crumble from the effects of climate disruption.

Please call each of you lawmakers now. Here’s a nifty trick: Text your Zip Code to 520-200-2223 and you’ll get a text back with the names and numbers of your federal and state representatives and senators. This is an easy way to get the numbers into your phone book for repeated use. From the shape of things to come, we will all need it. 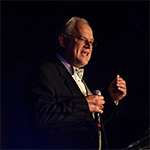