How Will Climate Change Affect Pennsylvania’s Plants and Animals? 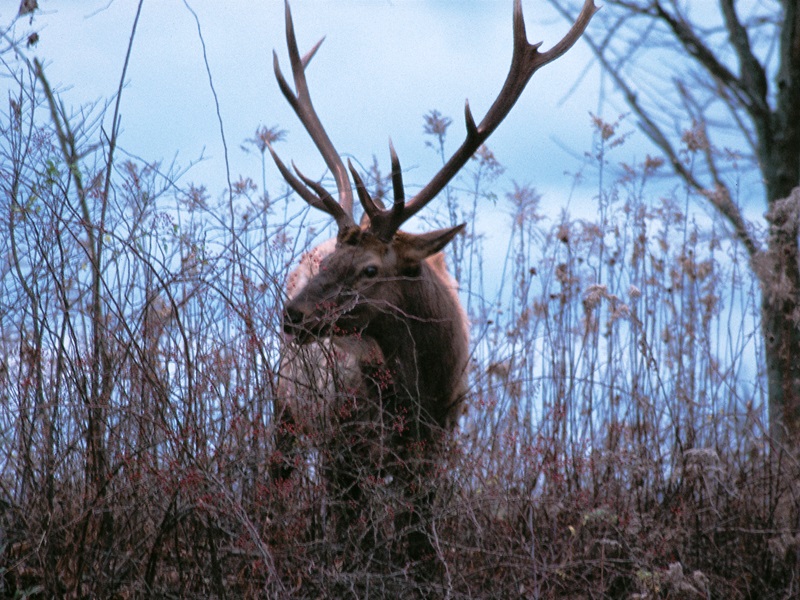 Pennsylvania’s climate is changing. Average temperatures have increased more than 1.8 degrees Fahrenheit since the early 20th century, with even greater increases during the winter. Very heavy rain events and flooding are much more common, and while winters have become wetter, more precipitation is coming as rain and less as snow. These changes are beginning to alter habitats, change natural cycles, and impact the Commonwealth’s plants and animals.

As the climate continues to change, plants and animals have three options – adapt, move, or die.

All living things have an optimal range of climatic conditions in which they can survive and thrive. Some, like white-tailed deer, which are found from Florida to northern Canada, have very broad tolerance ranges. They will just go with the flow and adapt to the changing conditions.

Those that have more narrow tolerance ranges and are mobile will need to move to areas with more favorable conditions, generally to the north or to higher elevations.

This northward movement has occurred many times in our planet’s history, most recently when the glaciers retreated during the last ice age. The difference now, however, is the speed with which the climate is changing and the lack of suitable habitat for migration and resettlement due to cities, roads, energy infrastructure, and urban sprawl.

One example of a Pennsylvania species on the move is the black-capped chickadee. This ubiquitous bird is no longer found in the southeast part of Pennsylvania, having been replaced by the Carolina chickadee, a southern species. Scientists have identified a hybridization zone where the ranges of the two birds overlap, which is moving north at about a kilometer per year.

You might not think of them as mobile, but plants can also shift their ranges in response to climate change. While they don’t physically move, the geographic range within which their seeds germinate can. In its recently released climate change adaptation plan, the Pennsylvania Department of Conservation and Natural Resources evaluated the likelihood that the Commonwealth’s most common trees will continue to flourish across their current range within the state. Among the species not likely to do well are American beech, Paper birch, and Quaking aspen. On the other hand, more southerly species not widely found here now, such as Sweet gum, Shortleaf pine, and American holly, are expected to expand their range within the state.

But not all species will be able to relocate as the climate changes, especially those with specific habitat requirements and a limited ability to move. One of the species that fits those criteria is North America’s largest amphibian, the Eastern Hellbender.

The proposed state amphibian is found in medium to large cool water streams containing boulders, flat rocks, and healthy populations of their favorite food – crayfish. The Pennsylvania Natural Heritage Program has conducted climate change vulnerability analyses for more than 100 Pennsylvania plants and animals, including the hellbender. They rank it as extremely vulnerable to climate change due to its habitat specificity, limited mobility, increasing water temperatures, limited genetic variation, pressure from amphibian collectors, and a likely significant decrease in suitable habitat by 2050.

Fortunately, there are things we can do to reduce the impact of climate change on many of our species. For aquatic species like the hellbender, planting trees along riparian corridors, as is being done by Pennsylvania’s buffer initiative, can go a long way to cooling water temperatures and improving water quality. For species on the move, identifying and conserving critical migratory pathways will be necessary. And for those that can neither adapt or move, there is always the option of assisted migration. This translocation of a species into new areas of the state, however, should only be undertaken after a stringent scientific analysis of the implications of introducing a species to a new place on the landscape.