Fighting for Our Future rally 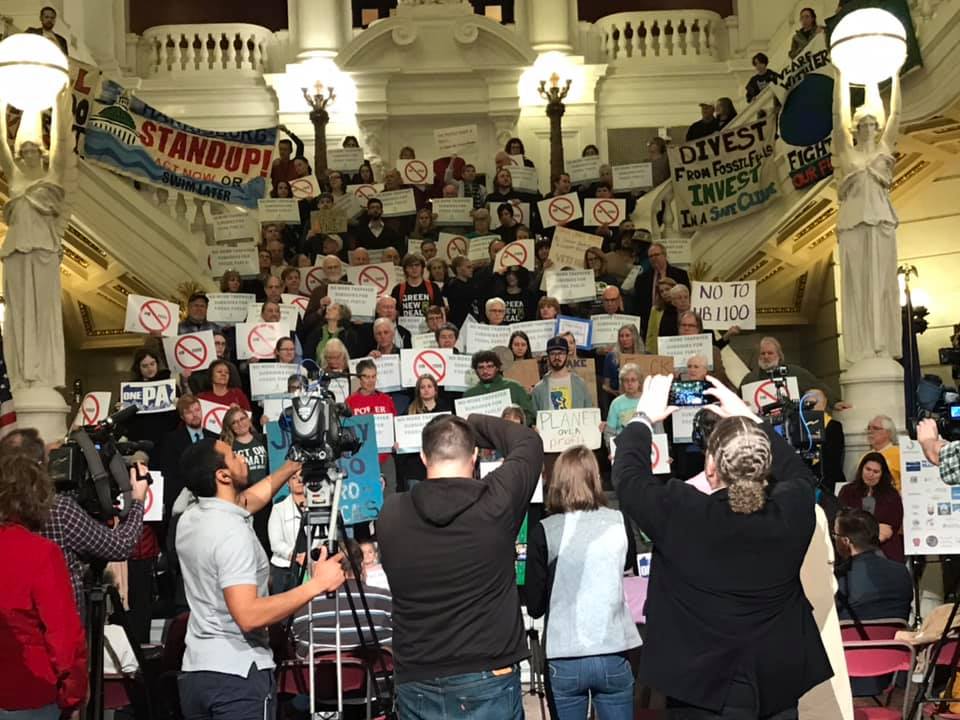 A total of 35 organizations across Pennsylvania will join together at 10 a.m. on March 9th to hold a rally to speak out against House Bill 1100.

That bill, passed by the General Assembly on Feb. 4, offers billions of dollars in taxpayer subsidies to the fracked gas and petrochemical industries over the next 30 years. During the rally, a mix of state legislators and environmental leaders will urge Gov. Tom Wolf to veto this dangerous bill, and we will urge the General Assembly not to attempt to override that veto.

What: A rally on the steps of the Capitol Rotunda to protest House Bill 1100, which offers billions in taxpayer subsidies to the fracked gas and petrochemical industries.